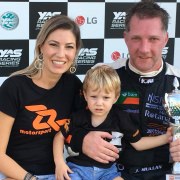 After a 3 year sojourn tackling regional endurance races, ZRT Motorsport with A-Tech Racing decided in the off season to return to their roots and enter the 2017-18 UAE Touring Car Championship. Both Jonathan Mullan and UAE Touring Car stalwart, Umair Khan agreed to share the driving and thus the team would be focusing on the Team Championship rather than individual honours. This approach very much epitomises the ZRT philosophy of teamwork first. 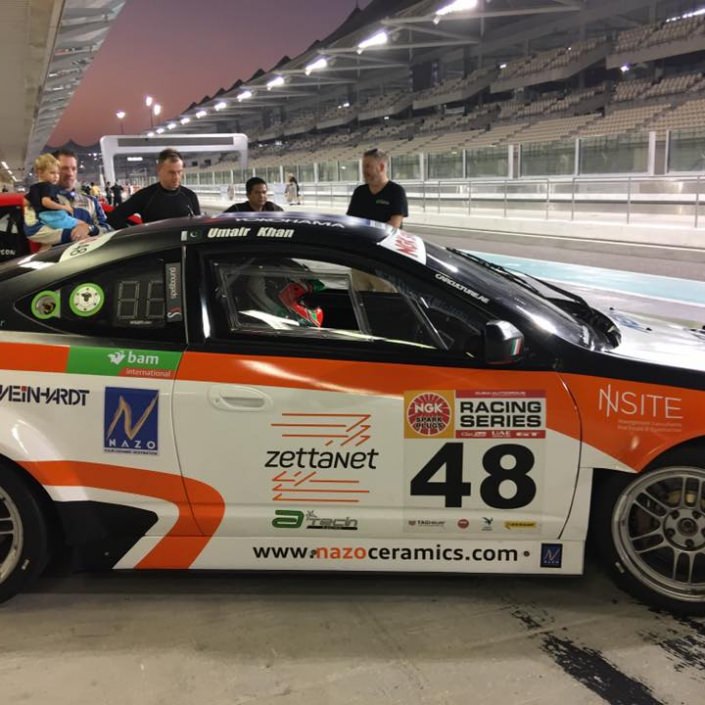 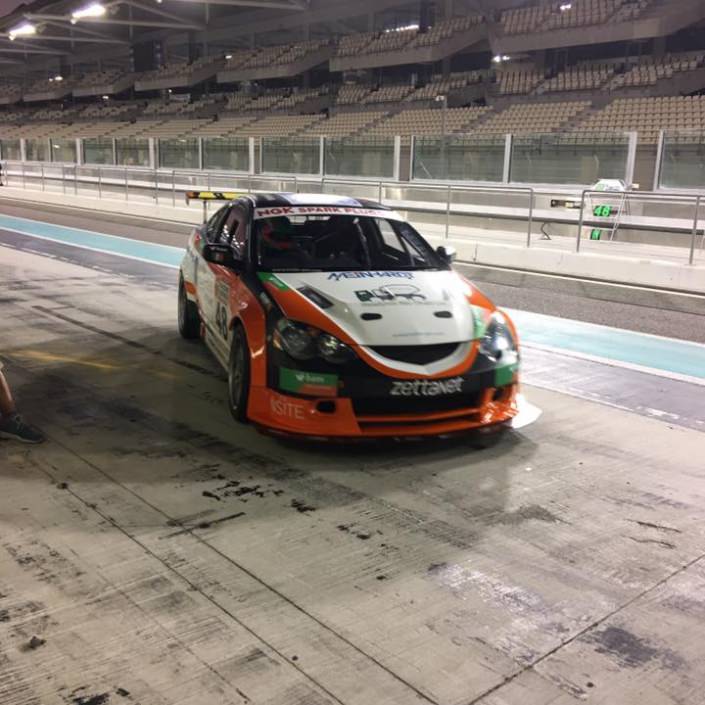 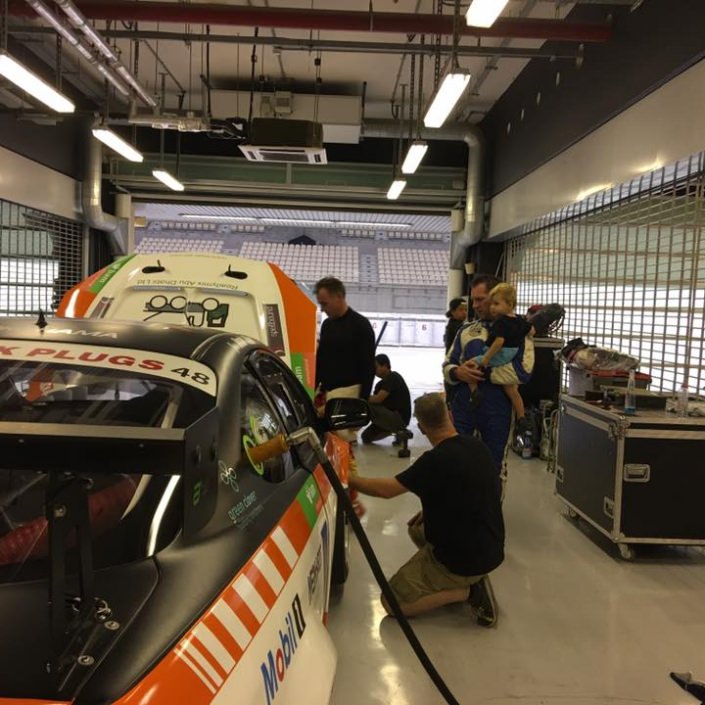 The new season kicked off at Yas Marina circuit on Friday 27th October. The plan was for Umair and Jonathan to drive a race each, which made the qualifying session tricky as both Umair and Jonathan each had to set a time within the 20 minutes session and with lap times 2min 40secs. the total number of laps possible including driver change was restricted Umair was first out, one warm-up lap, 3 gradually quicker laps then in for Jonathan to take over. Unfortunately Jonathan could not set a fast lap time as yellow flags were being shown on the exit of turn one (The class 1 car of Costas had stopped in a dangerous location). Umair qualified the car P2 in class, on the same row as Willie Morrison in the Ironman Renault Sport Clio Cup car (Also run by A-Tech Racing). The consensus was that the car was a hand full to drive and so a set-up and geometry check up was carried out.

A safe and steady start saw Jonathan follow Willie round whilst the tyres came up to temperature. On lap 2, Jonathan closed up and out braked Willie into the corner at the bottom of the South Straight. The rest of the race was spent maintaining a 2 second gap to Willie and 20 minutes after the start of the race, Jonathan took the chequered flag as the class 2 winner. 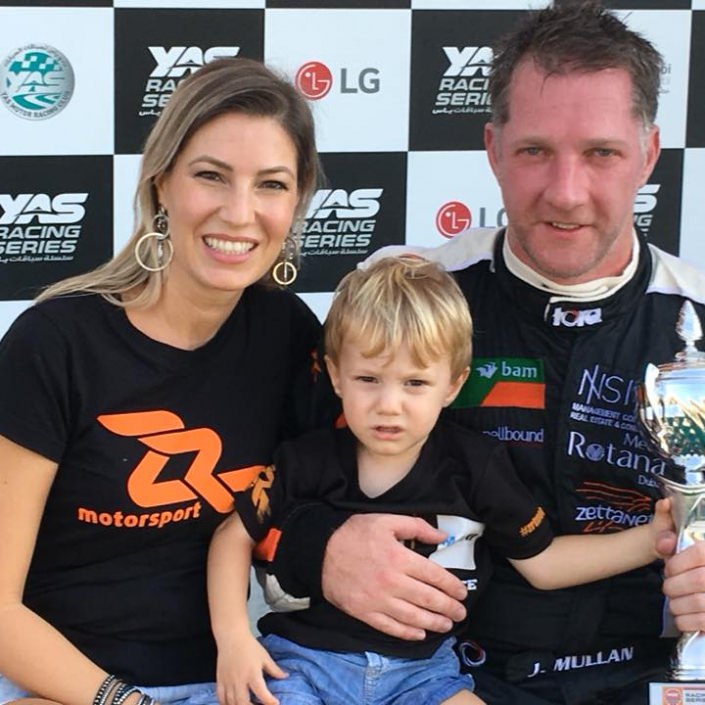 As a result of Jonathan’s win in race 1, Umair started on the inside line to turn 1 (The pole position favoured side). The race can be summarised as Umair heading into turn 1 ahead of Willie and then controlling the gap back to Willie (1-2s). 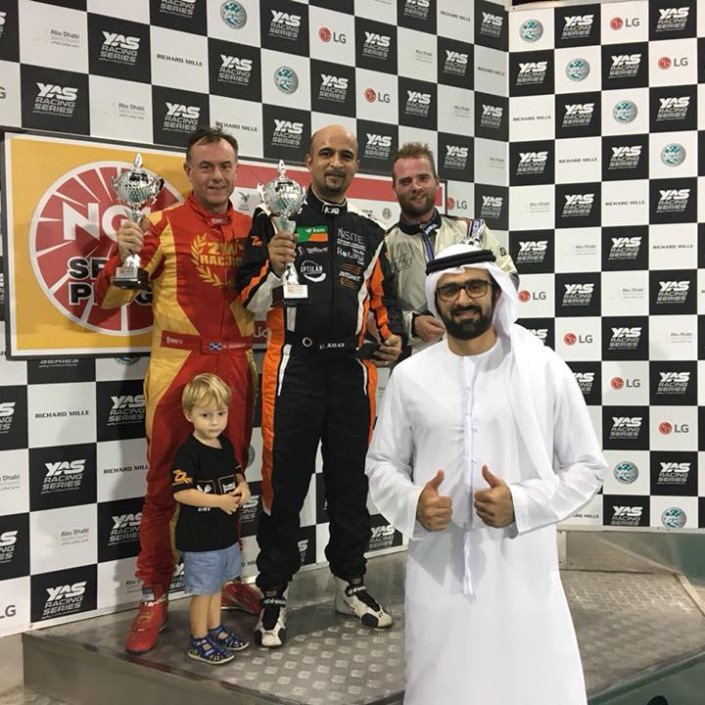 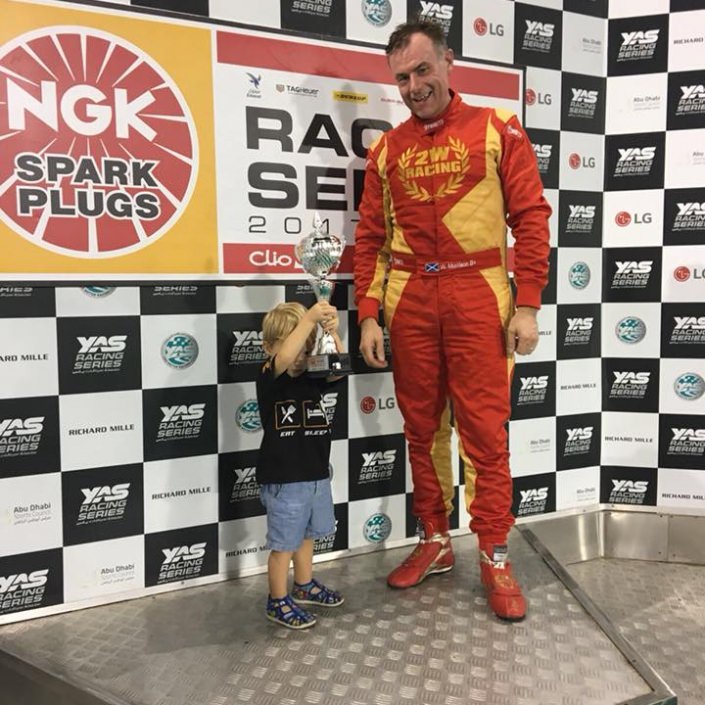 Ollie practicing for when he becomes Serbia’s first F1 driver.

UAETCC Round 2 is to be held on 17th November at Dubai Autodrome. The weekend also hosts the Middle East TCR series so another exciting weekend of regional motorsport ahead.