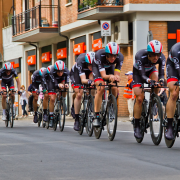 In the lead-up to the 2016 Dubai 24H, ZRT has embarked on an ambitious plan of forming an team to join the endurance cycle racing scene in Dubai.

The first event entered is the 49km team trial event around the Al Qudra loop being on 20 June 2015 which has been organised by EKRCC.

In speaking of the challenge of cycle racing in the warmer months of the year, Ian Rodgers said the following;

‘The aim of this challenge is to keep mentally and physically fit during the off season so that we are all fit, sharp and focused come next January. This is also a great opportunity for us to ride and compete together as a team. Riding in the summer season definitely brings its own challenges however it will help us all to prepare for the difficult conditions which are encountered during a 24 hour endurance race.’

Be sure to look out for the boys riding in pack formation in their shiny new outfits on cycle tracks around Dubai !! 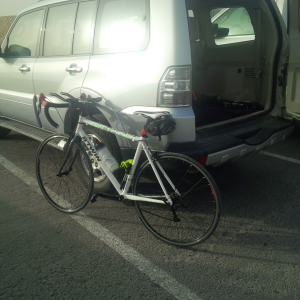 Scott & Ian rode from the start of “The Stick” to the 2nd flyover and back. 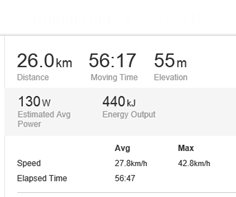 The training rides continue with the team members doing short 26km rides before work during the week and longer 49km rides at the weekend.  Alarm clocks now ring regularly at 4am……

An initial design of the teams cycle clothing has been completed with the design sent out for final rendering prior to the order being placed. All that can be revealed is that the team will stand out from the usual colours seen out and about.

Ian has signed up to compete in the NASST 70km road bike ride on July 3rd with other teams members expected to sign up shortly.

With the NASST 70km road race successfully completed, various members of the team have continued their summer cycling with both the early morning “stick” rides and evening “loop” rides. For some reason that none of the other team members can understand, Ian has signed-up to compete in the “how far can you ride up Jebil Jais in 1 hour challenge”. The challenge takes place on 9th October. The team wish Ian the best of luck as he will need it!