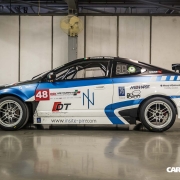 Following on from our double wins in rounds 3&4 we were once again back at Dubai Autodrome with the primary aim to continue with our goal of attaining the Class 2 Championship. This time it was the International Circuit configuration which skips the National section of the Autodrome circuit and comprises 10 corners. (6-right and 4-left).

The main technical differences from the last round were that we implemented some geometry setting changes especially in relation to the rear of the car given that we are now running an uprated ASR anti-roll bar.

Ricky Coomber of RKC/TGM (Honda) UK was again back in the drivers seat as he took the opportunity to further advance his knowledge and experience of the Autodrome in the European winter off-season.

This weekend unfortunately there was no time for testing as Ricky’s flight arrived Friday at 7:20am with Drivers briefing 8:30am. A dash from the airport landed us in 5-mins late but the ever accommodating race team lead by Frazer Martin at Dubai Autodrome gave us a separate briefing and we were good to go to Qualifying at 9:00am. 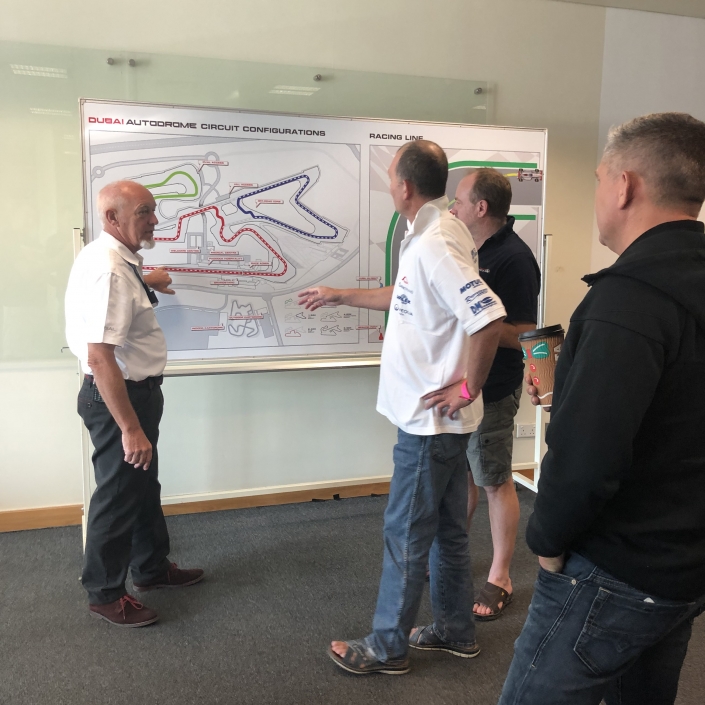 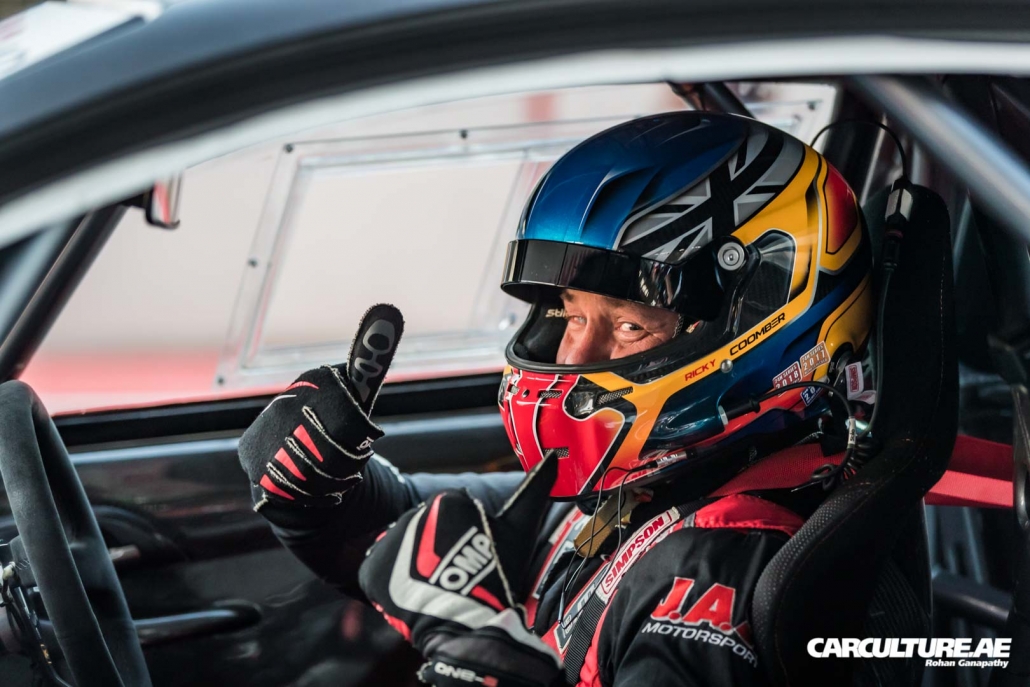 Subsequently the driver de-briefing was held by Team Principal Richard Timmins and checks on the car performed by the team. 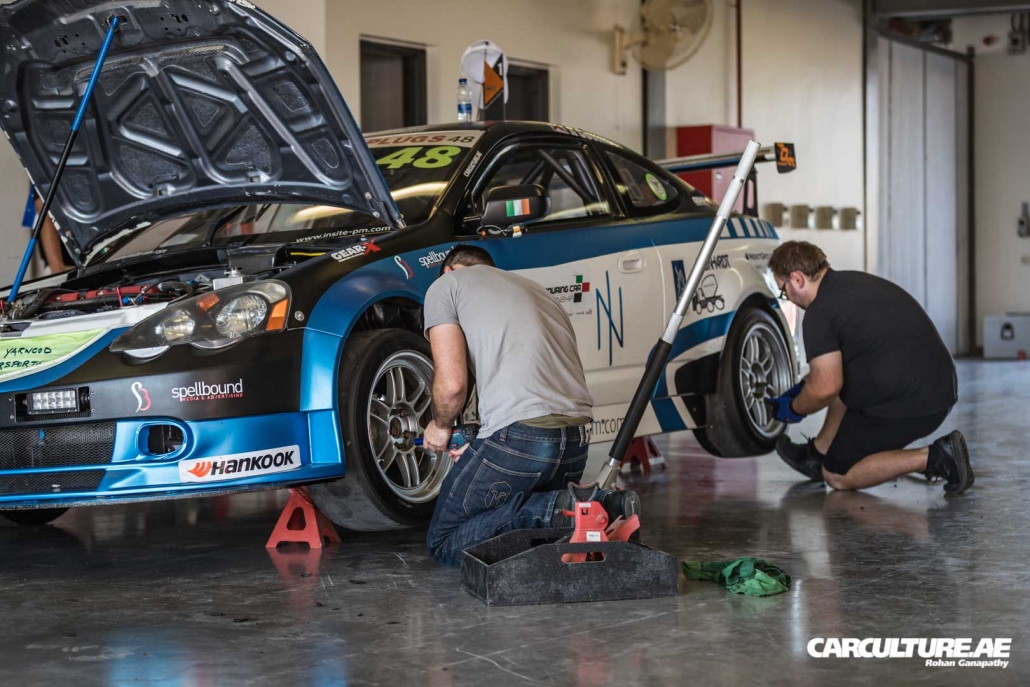 Race 1: Ricky had a good start and lead into Turn 1, lap times were consistent and without any drama we came in P1 in class and P2 overall. Our friend Costas Papantonis whilst leading the race had a stroke of bad luck when his front brake disc in the TCR Seat Cup Racer shattered which sadly put an abrupt end to his race day. 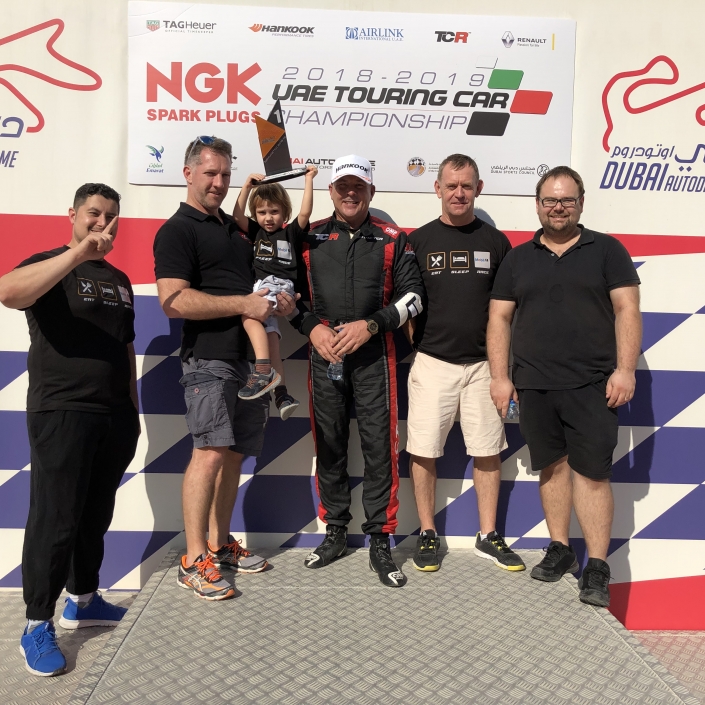 Meanwhile Ollie managed to snap up the last two slices of pizza…. 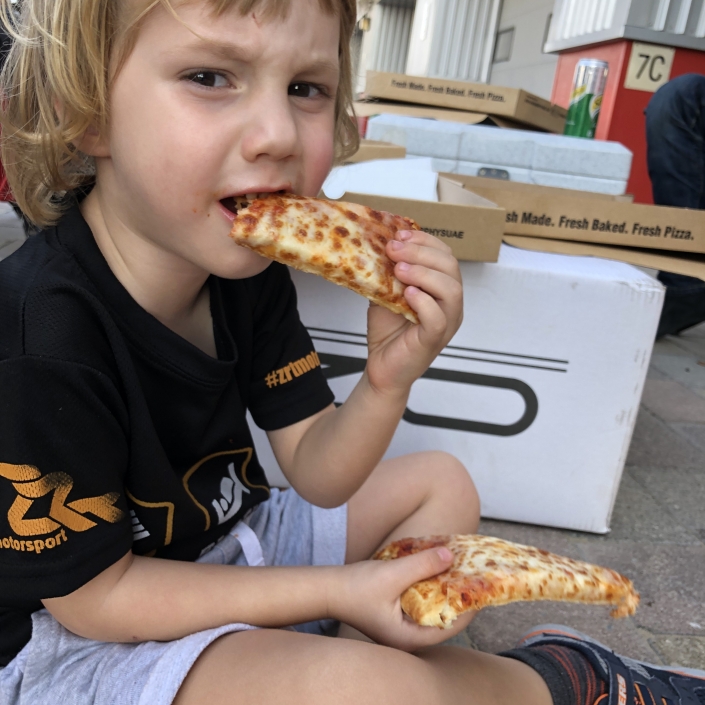 …. and the guys had a laugh as usual! 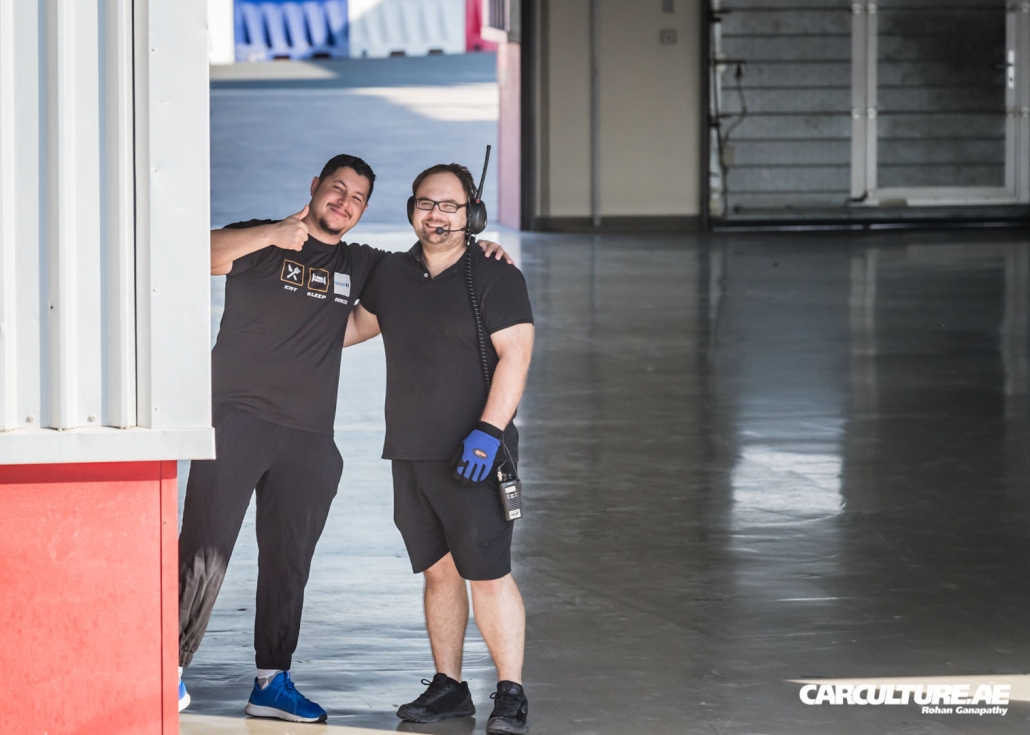 Race 2: Started at 5:20pm so started in daylight and finished in the dark. We were positioned on pole for race 2 but a bad start which resulted in a loss of 5-places on Lap 1. It was a close battle for sometime with the Clio Cup Championship Leader (Will Morrison) but eventually Ricky managed to find his way through and thankfully there were no further issues with the gearchange or clutch resulting in a P1 class finish and P2 overall. 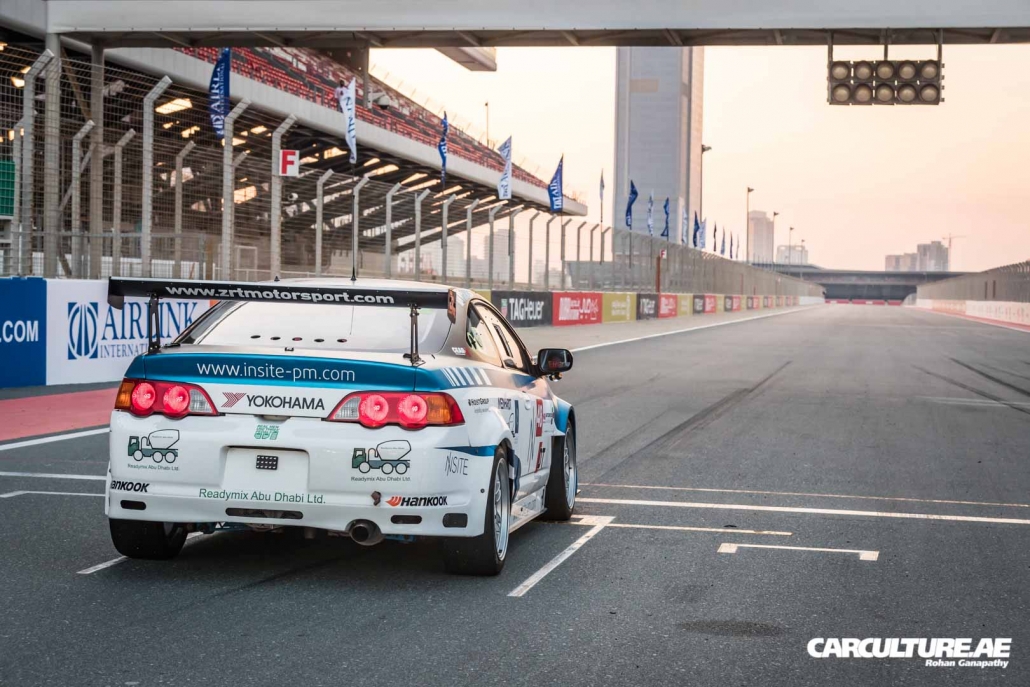 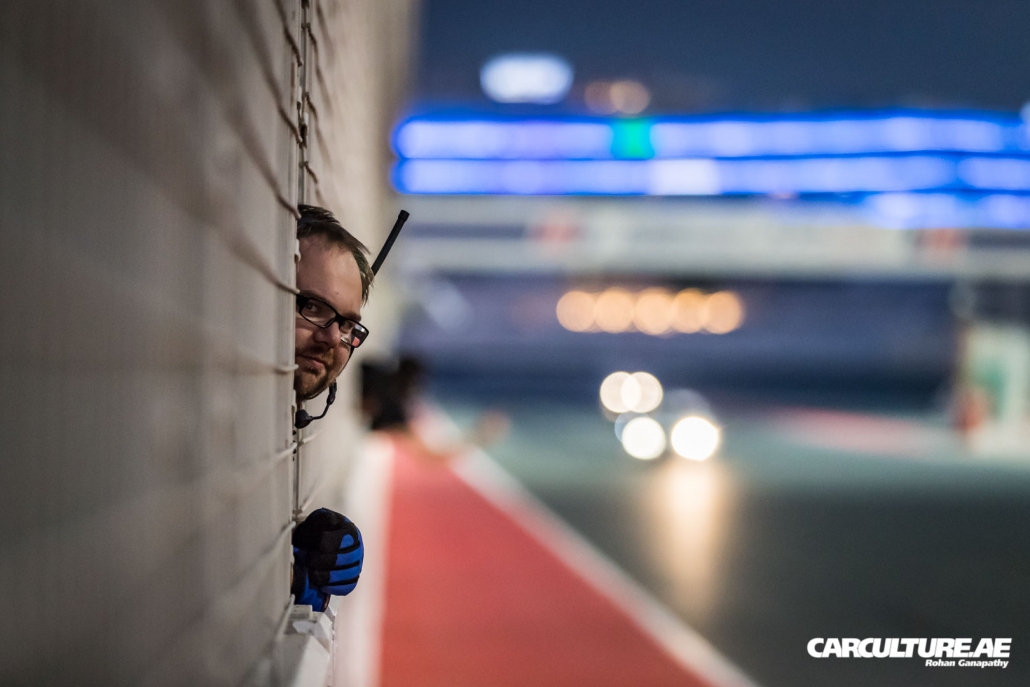 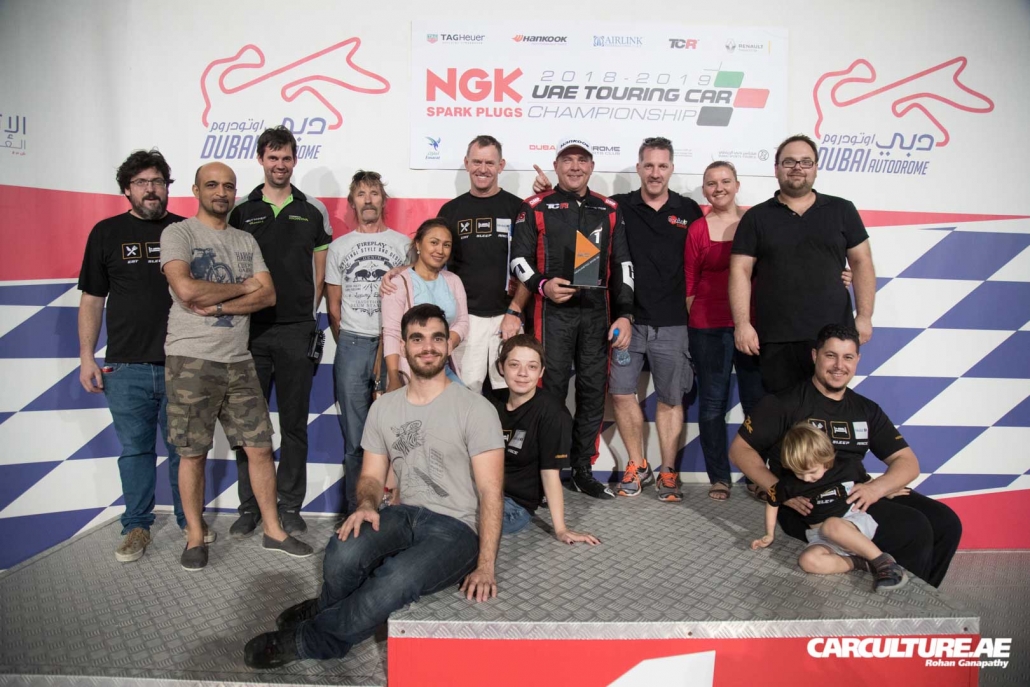 We are looking forward to the next round at Yas Marina (19thJanuary 2019) when we will also see fellow ZRTmotorsport team members Phil, Jason and James compete against our Honda in their Toyota GT86 and Honda DC5 respectively. We wish them all the best and of course we will be on hand to support in all respects. Friends first, competitors second.

Again ZRT encourage everyone to come and enjoy the day’s racing. Dubai Autodrome have really a superb offering with a family focus so take your kids along and start to inspire the next generation of petrolheads or electricheads as it may transpire! The next round of course is at Yas Marina which also boasts a Belgian Café at the track along with Johnnie Rockets and other food outlets so something for everyone with access to the F1 pits and facilities. Yas is a special place and it really is worth coming along.

We welcome any kids who want a photo in our car and provide helmets and drivers pics. The UAETCC echoes a spirit of competition without complication. We are all in it to win it but look out for each other…. Thanks Dubai Autodrome and all our fellow competitors ☺ 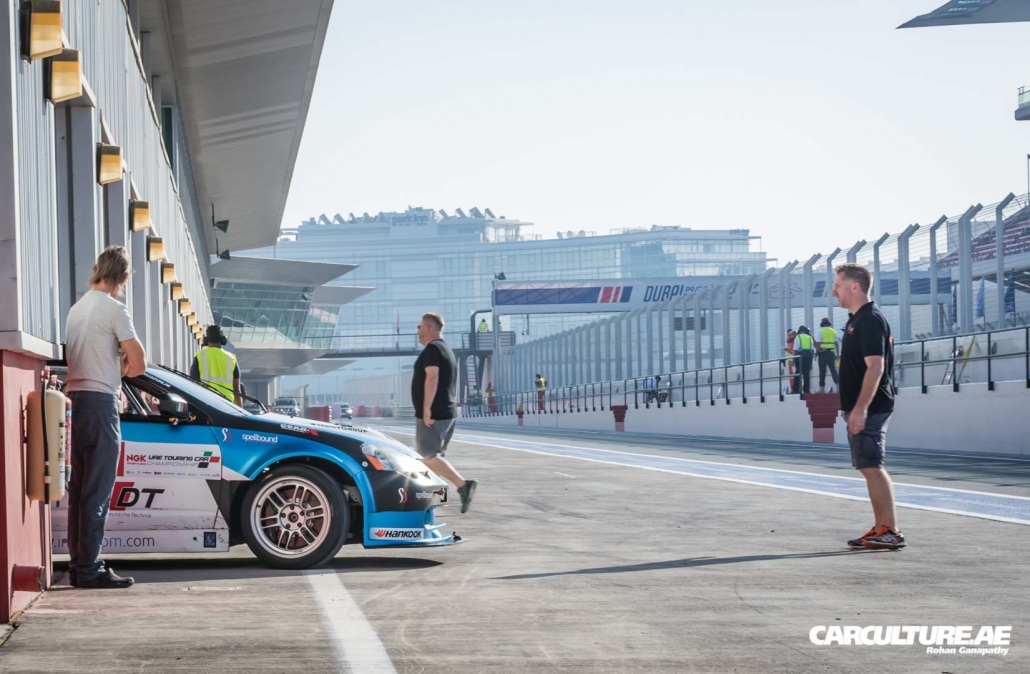 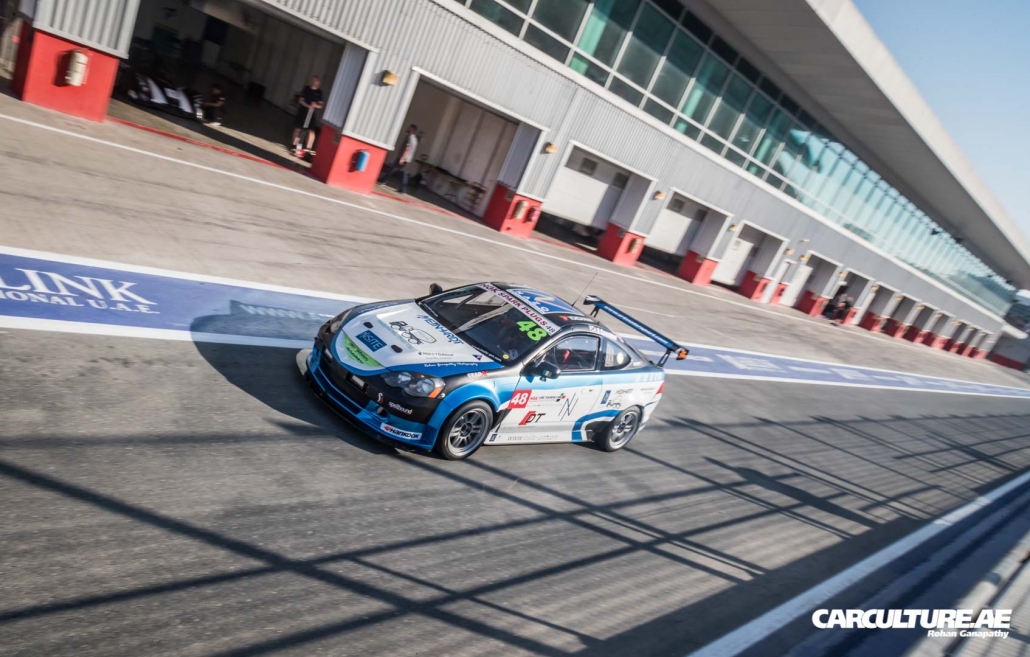 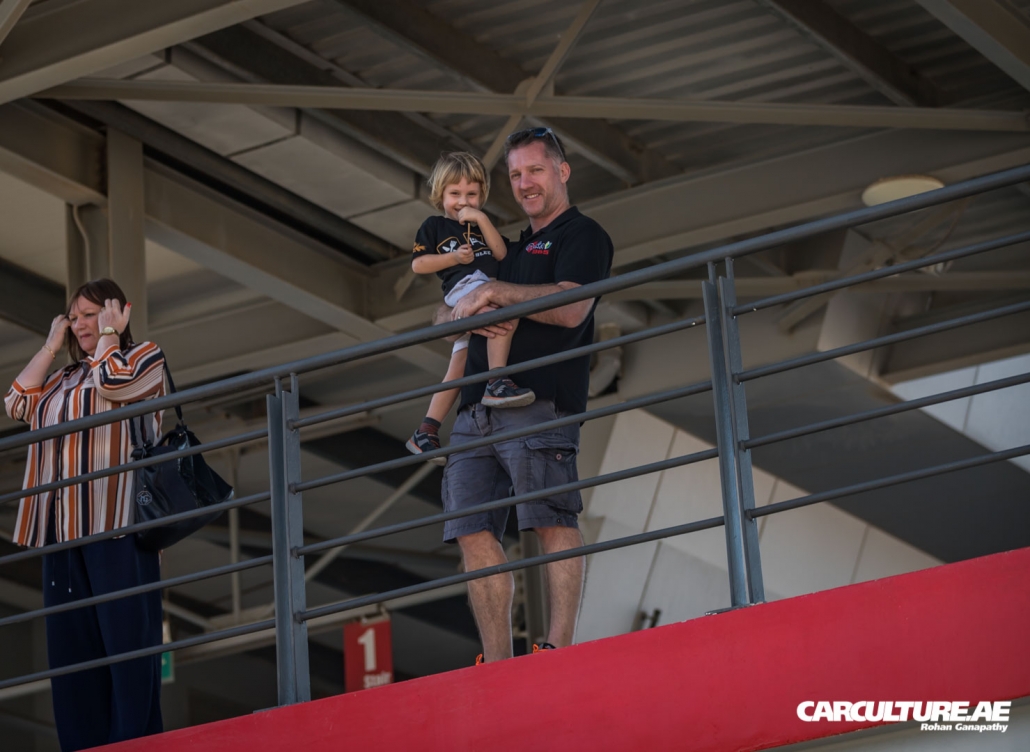 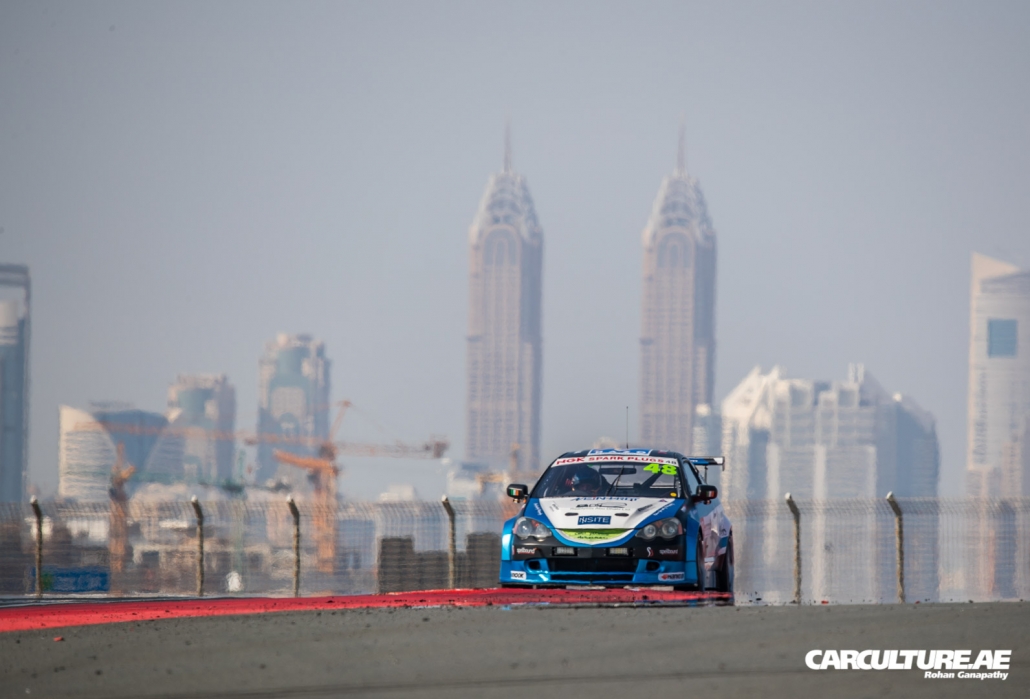