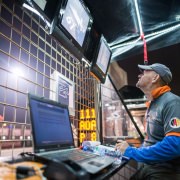 Many references have been made of the pit perch (normally by Ian) and the part it plays in the endurance races. Well wonder no more, as this update explains all. 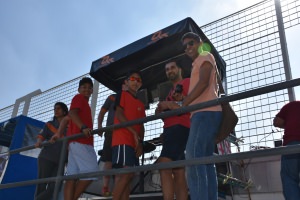 Endurance racing is all about spending the least amount of time in the pits as compared to your class competitor. The majority of the cars in the class the team races have the standard 5 wheel nut hubs and wheels and take on board similar fuel levels at pit stops. So, in order to gain an advantage, closely monitoring the performance of the car, the drivers and the race is vital.

In order to monitor all that is happening, the team has purchased a pit perch that 3 built in monitors, work bench and 3 seats. 3 monitors should be sufficient right? Not according to Ian who adds 1 more monitor, 2 laptops and lap recording charts. Whoever coined the phrase “you can never have enough information” quite clearly had Ian in mind. 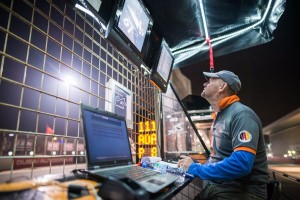 Ian sets up the pit perch in the following way:

All of the above enables Ian to maximise the stint times (reduces the number of pit stops), ensure the car can stop in front of the teams pit box, refuelling station has fuel pump available and the next driver and team is ready for the pits stop. 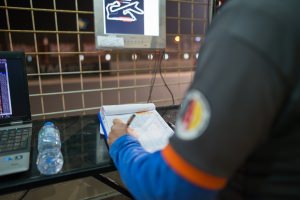 In addition to the above, Ian has the race commentary playing (radio Le Mans) in his left ear and one of teams car/mechanics comms sets. As a back-up, the teams pit board (with illumination for night use) is kept on the pit wall. 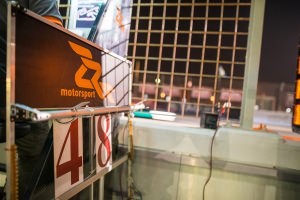 In previous years, Ian has manned the pit perch on his own (“best place for him” c/o Richard B”), but this year Richard T joined him. A flexible LED light was added to all of the roof struts to provide light at night and to keep Ian & Richard T awake. 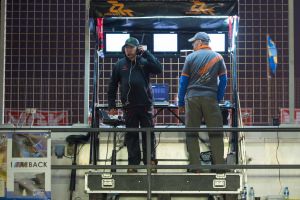 Plans are being made to improve the pit perch creature comforts as Ian and Richard T both claim the seats are so uncomfortable that they spend most of the race standing up. As there is a danger that Ian may spend time in the pits, Richard B is planning to fit old comfortable racing seats in place of the existing hard plastic ones to mitigate against this risk…….

In addition, the coaxial cable and connectors will be replaced to improve the signal quality along with some form of extra panelling / heater as it gets bitterly cold on the pit wall at night (“man up” c/o Luke).

Lets not get too comfy hey mechanics….. 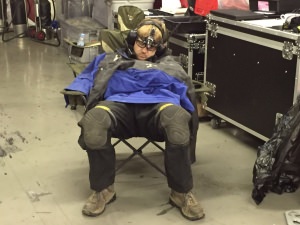 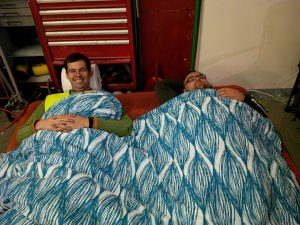 Off the Beaten Track
Scroll to top