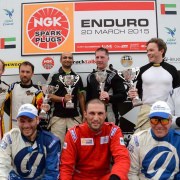 To test the engine rebuilds had been successful the team decided to enter the NGK 300km race at the Dubai Autodrome with Jonathan & Umair sharing the driving (1 hour each). The practice sessions were used to test the revised engine mapping, the new AIM data logging system that had been installed, the revised suspension settings and for the team to further practice working together.

Thursday was a test day where another car had spun on the entry to turn 1 and as a result of the lack of flags Jonathan arrived at normal race pass only to find a car parked on the apex. Left with no time to think, he braked as hard as he could and threw the car into a spin. The only damage being a broken rear light cluster.

The car was quick enough for class pole position with Ian working out the strategy for fuel (start the race with a full tank to save pit stop time), pit wall to driver information (gap to the car behind, laps to go for the pit stop and number of minutes to go till the end of the race) and monitoring the sector times (to be compared with Renault Clio’s as they are class competitors in the Dubai 24hr race) to see where the car would still need to be improved.

Everything went to plan Umair was able to lap 1s a lap quicker than the teams nearest competitor in the 1st half of the race with Jonathan maintaining the gap through the 2nd half of the race as planned.

So after 2 hours the finished the race with a class victory. The team was very happy as the car had performed faultlessly. Time for the top step of the podium. 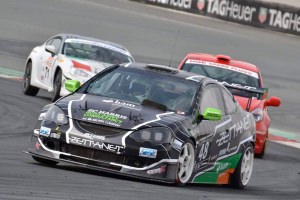 Umair at the wheel 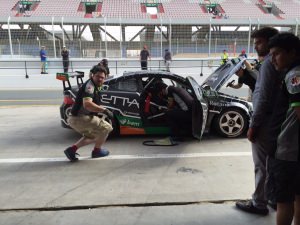 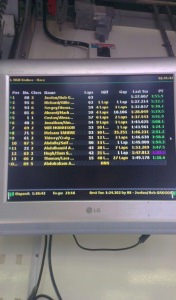 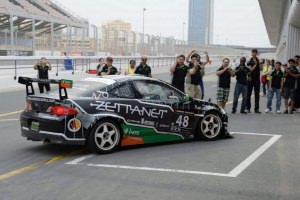 The team welcomes Jonathan back at the end of the race

On the CASE
Scroll to top