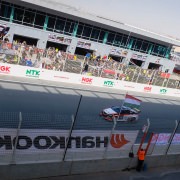 After approximately 20 minutes Umair reports that the car will not rev past 4,000 rpm. Despite resetting the power, a decision was made to pit the car (and causing the 1st Code 60 of the race, which got quite a bit of tv coveage). 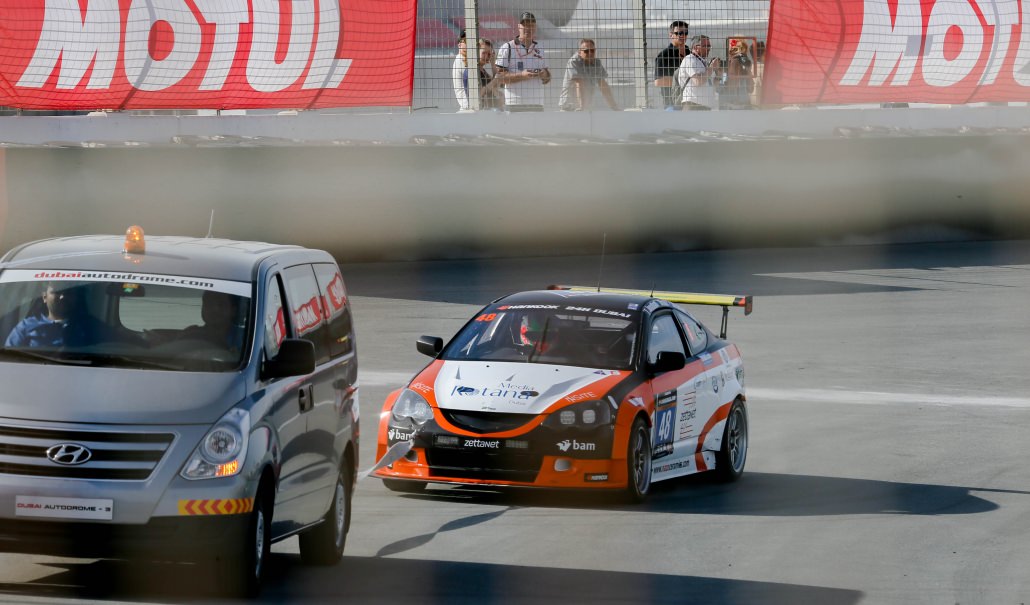 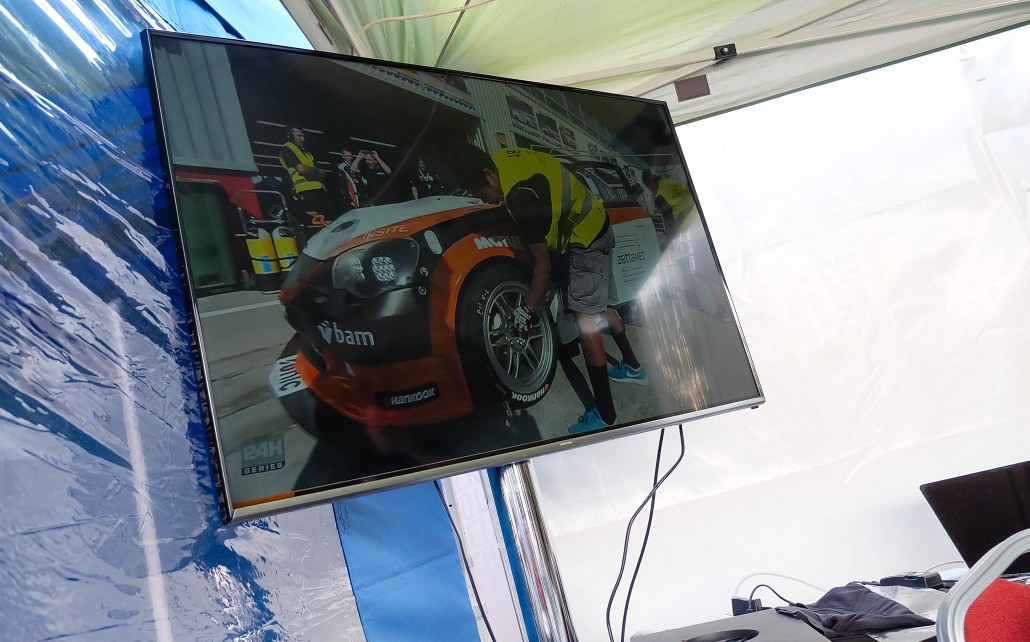 The team spent the next 40-minutes in and out of the pits whilst the team tracked down the issue (finally found to be a loose fuse). 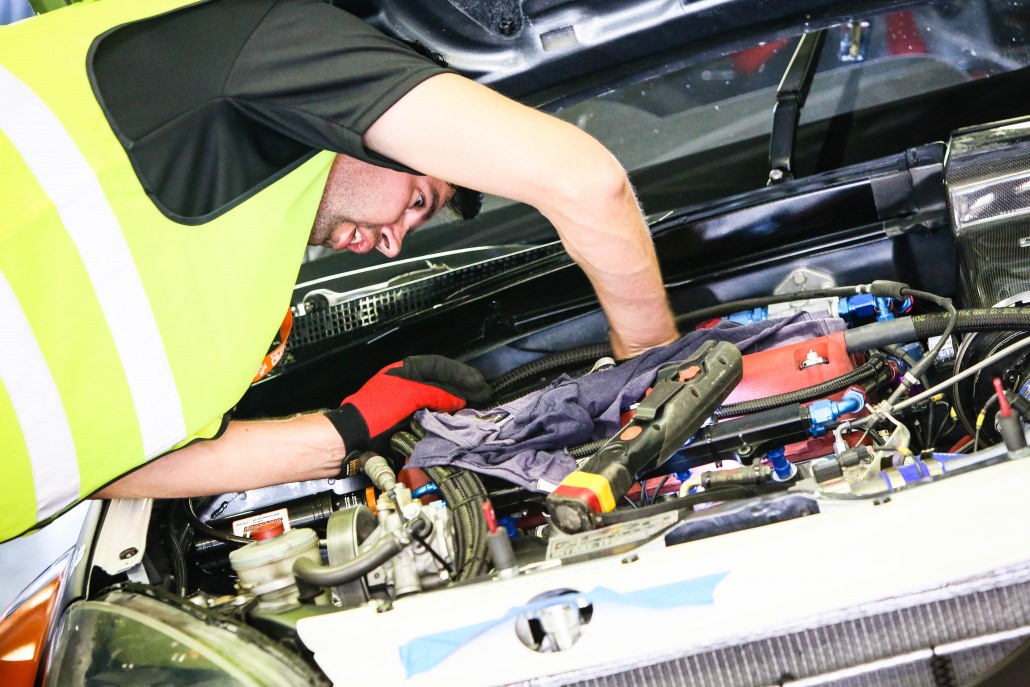 Chris was second to go after Umair and reported that the issue had been resolved much to the relief of everyone. 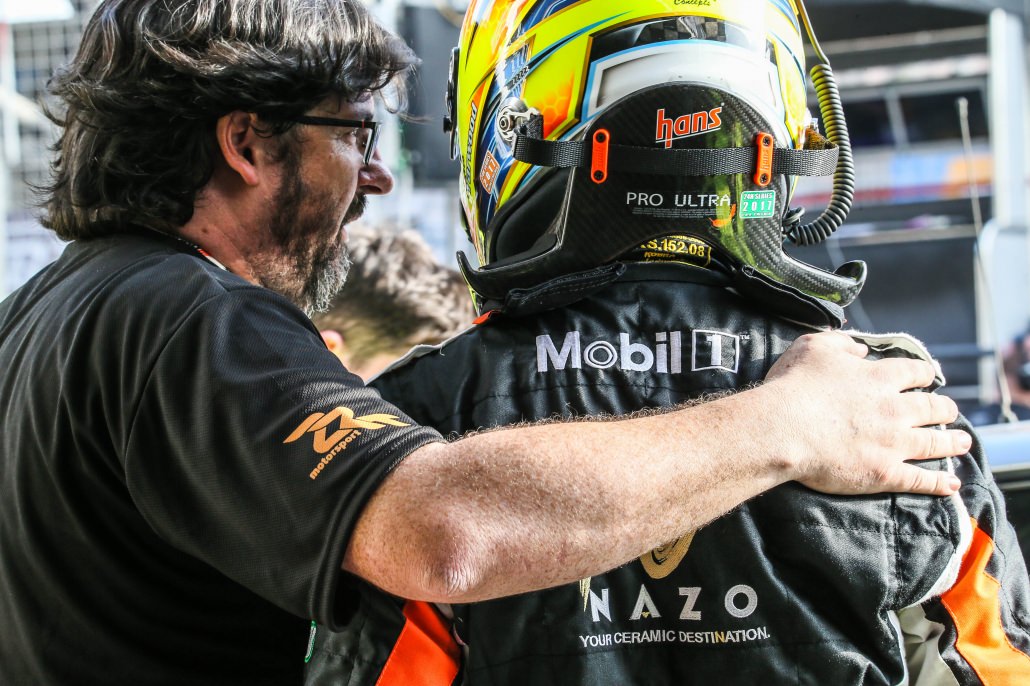 With the issue resolved, Graham was installed and dispatched for his 1st stint of the race. With ~90 cars on track, the circuit was a bit busy.

He soon settled in setting consistent fast laps (and the cars fastest lap of the race). After just after 50 minutes a small collision with another car resulted in a broken tie rod. This took the team approximately 1 hour to fix the problem and reset the geometry. 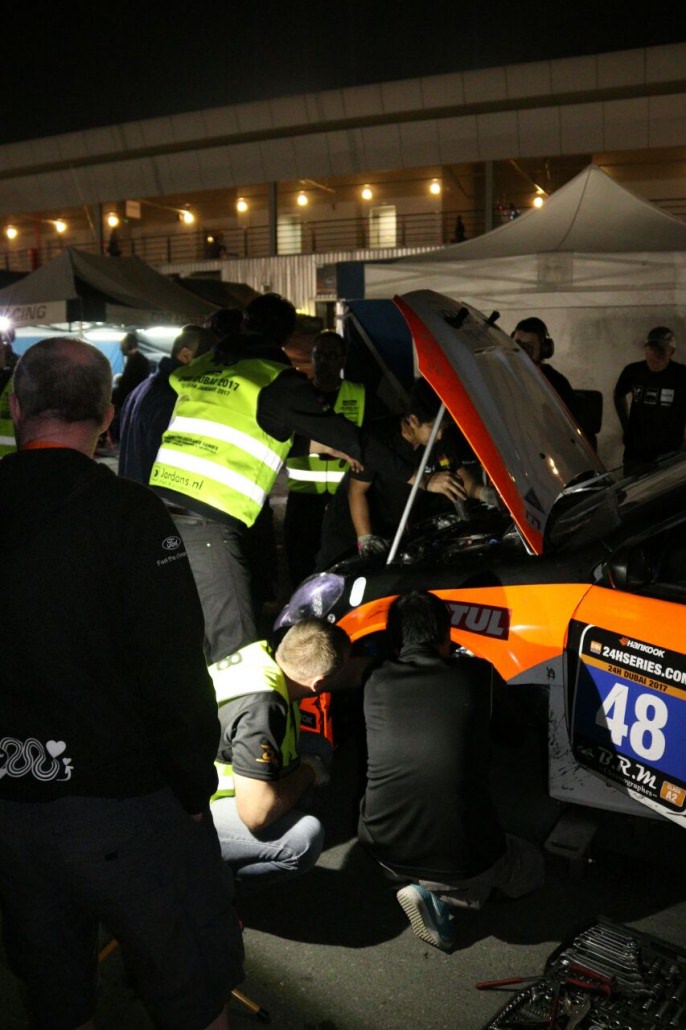 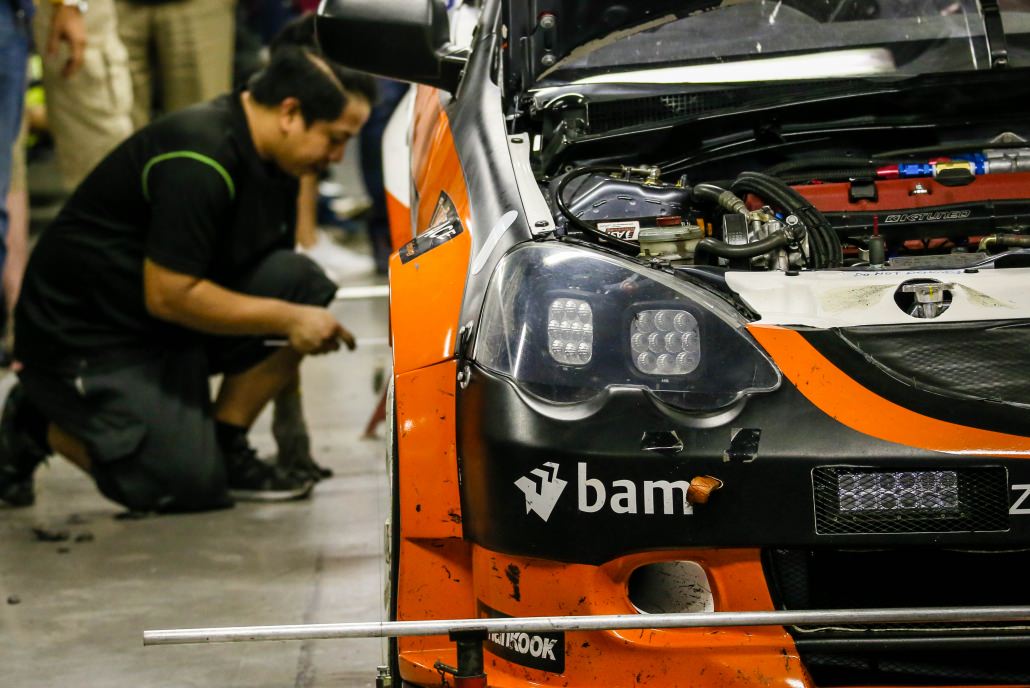 The next stint was driven by Jonathan who after a spin (1 hour into his stint) reported that the steering was not as it should be. Another damaged tie rod was diagnosed which took ~25 minutes to fix. 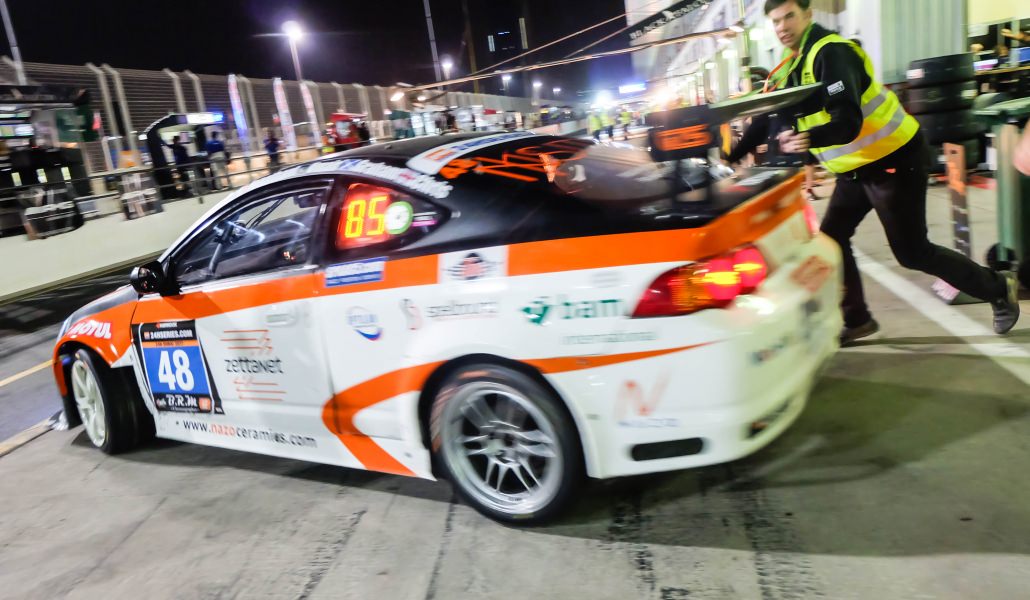 After that, the car ran faultlessly for the next 14 hours. 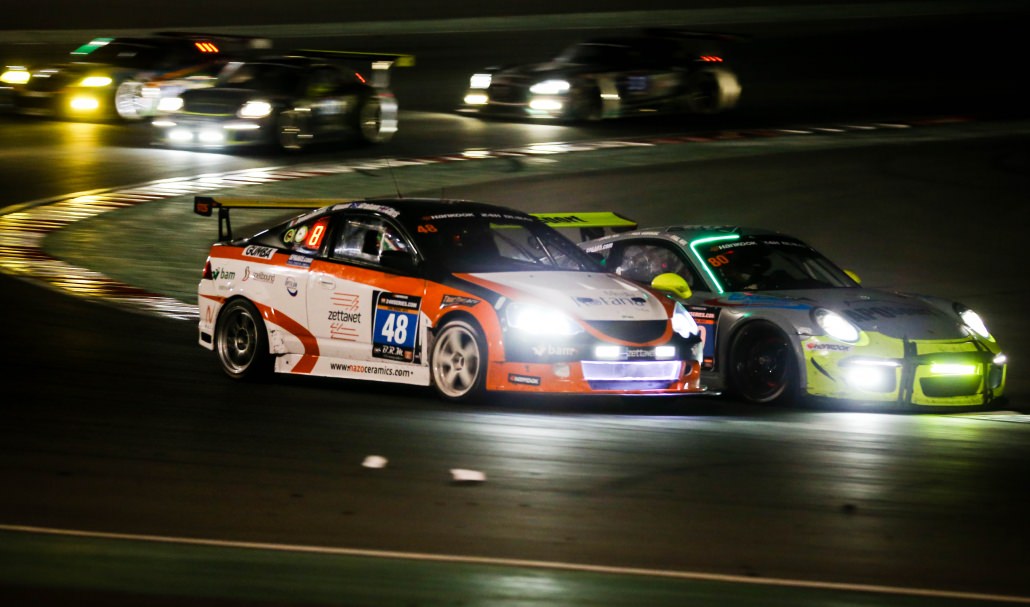 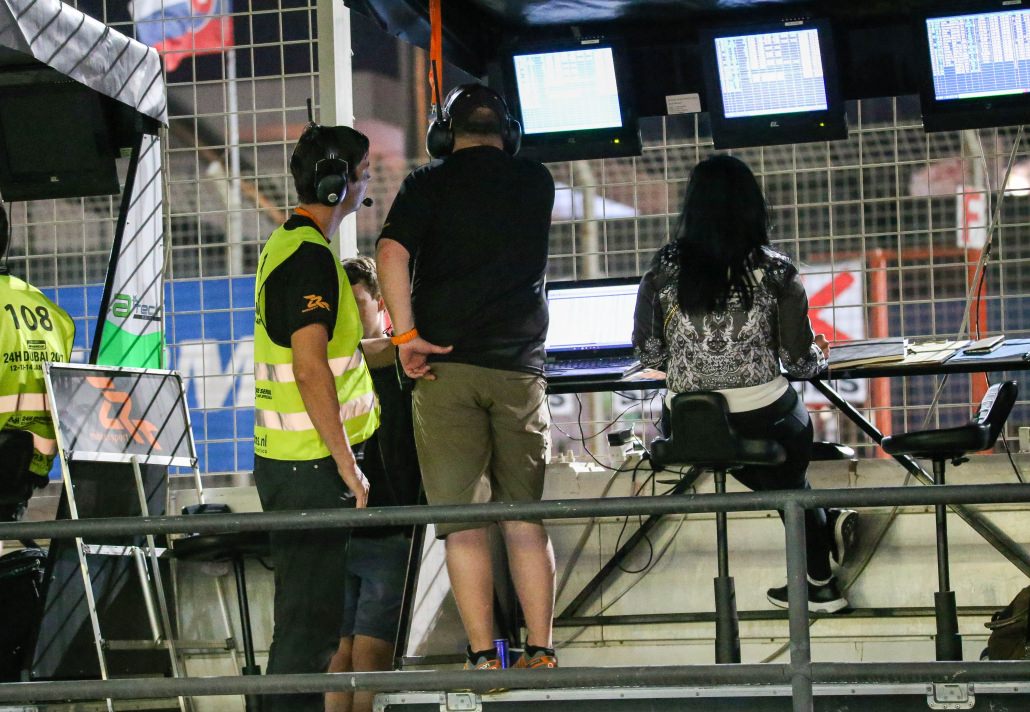 With ~2 hours left to go in the race, the exhaust decided to separate again at the manifold in the same place as the day before. The team all agreed that Jonathan as the team owner and main driving force behind the team should have the honour of driving the car over the finish line. 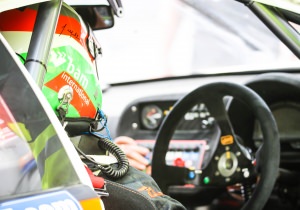 The event commentary team (Radio LeMans) interviewed Chris who spoke really well about our team ethos. The team was further nominated by Radio LeMans for their Spirit of the Race Award as most of the commentary team were convinced 22 hours previously that we the car would not be running at the finish. 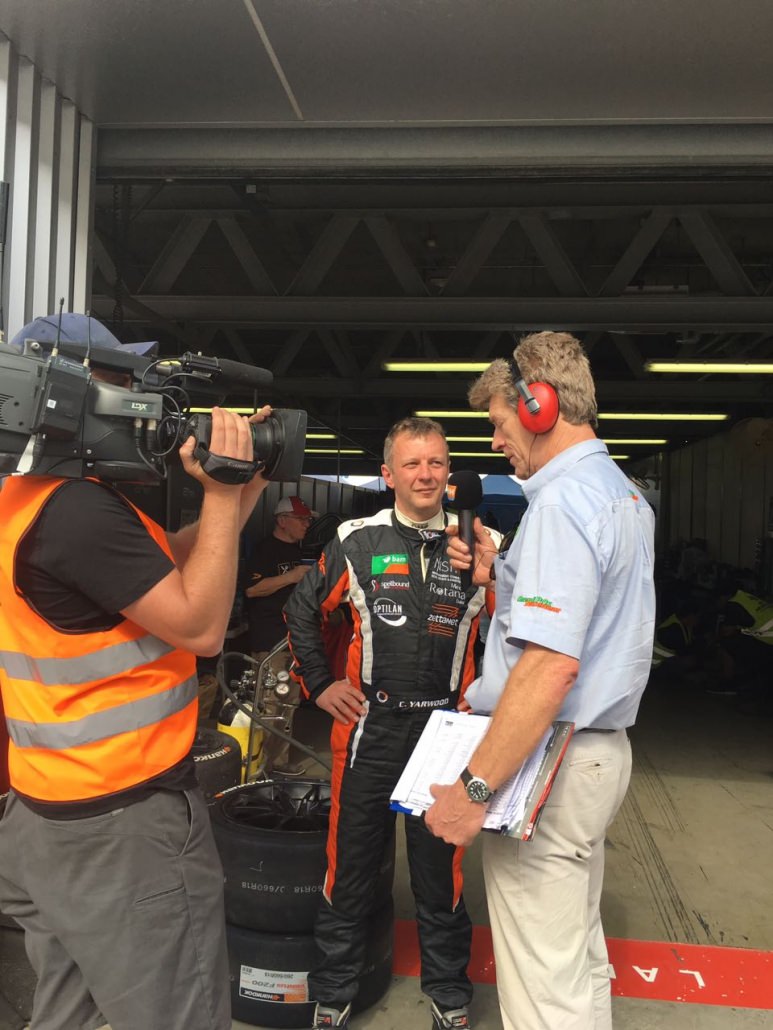 As the 2pm race finish time approached, a number of the team members climbed up the pit wall fence and celebrated by showering the car with water as it passed them. Some of the team members were quite emotional which is understandable given the teams previous results. 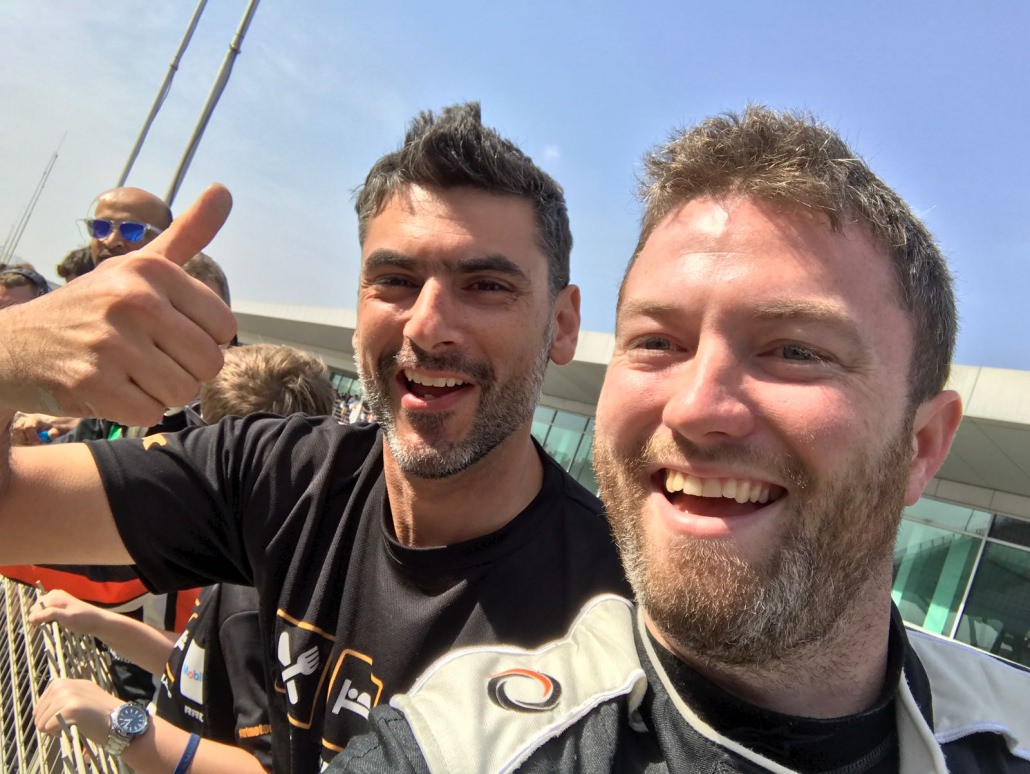 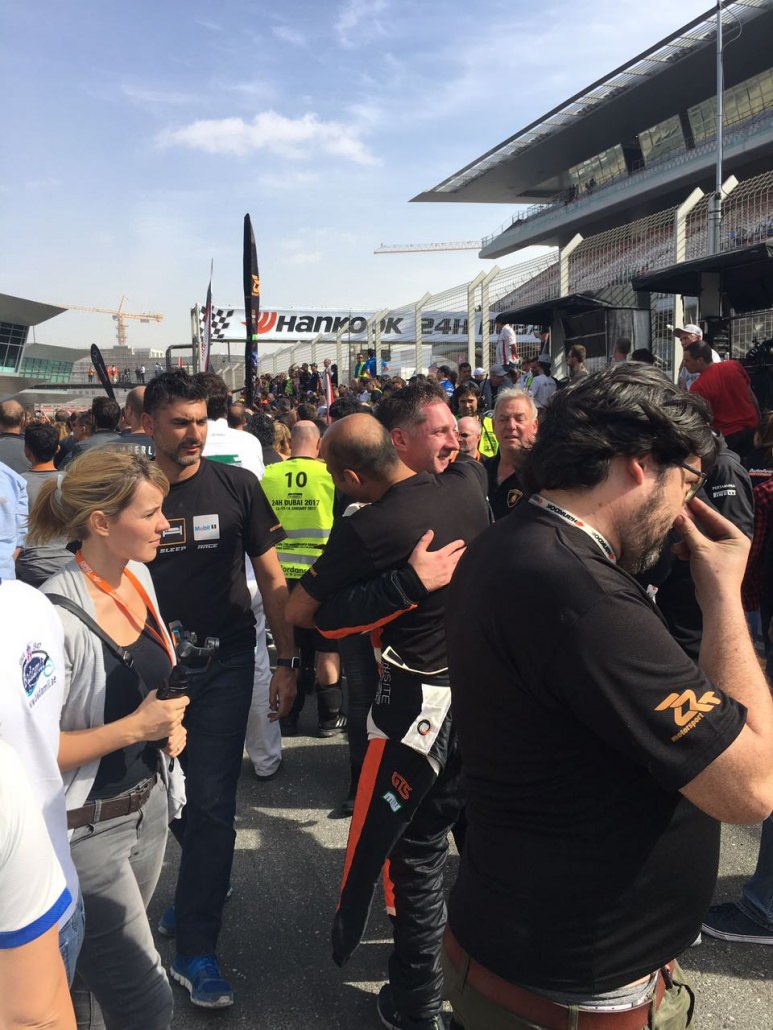 So after 3 days and 24 hours of racing the team wish to thank everybody who came down to support, all of the sponsors and the family members who allow the team to go racing. 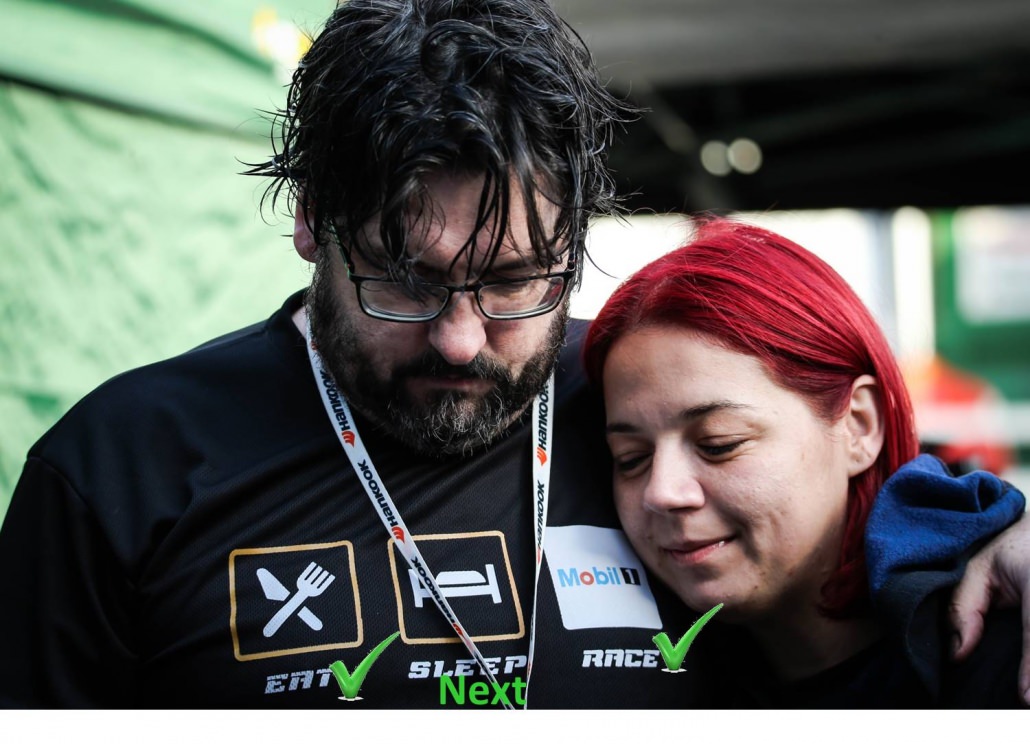 So until next time…..