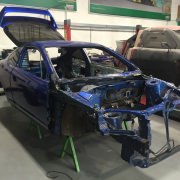 After many years of racing ZRTmotorsport have decided that after 7 hard years of racing, it is time to look at either re-shelling and rebuilding the Honda DC5 in advance of the 2017 Dubai 24Hrs or to buy another car.

We had considered opting for a new cars such as the Seat Cup racer, BMW 235i or Clio Cup but after running the DC5 for 4-years we came to have more spares than the Honda works teams! The work which went into acquiring the knowledge and stash of parts would be a huge undertaking to start again with a platform we were unfamiliar with. In addition considering the fact the Integra is a great platform to start with and the fact we are very stubborn the decision was taken to stick with what we know. 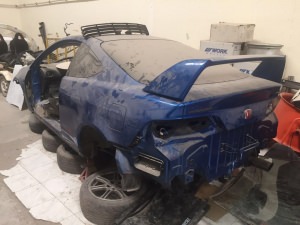 Our competitors and friends Lap 57 were able to assist and supply us with this clean (albeit dusty) 2007 shell.

The next step was to strip the shell and take it to Saluki Motorsport to agree the first stage of the project: 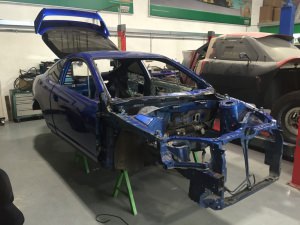 We agreed the following works with the guys at Saluki.