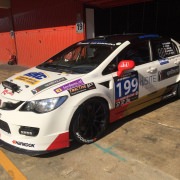 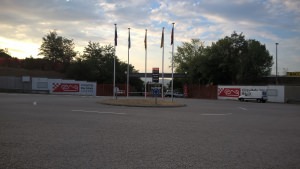 With Graham doing track days and at least one round of the GT Cup and Chris competing in his regular sports car, Jonathan and Umair arranged to race in the 2016 Barcelona 24hr race. They had both competed in the event in 2015, however this year they had arranged to race a Honda in the A2 class (same class as ZRT Motorsport competes in the Dubai 24hr races). In addition, Ian and Richard T also arranged to be at the event and help the team Jonathan and Umair were racing with. So put the kettle on, make a brew and read the teams exploits.

Ian (+wife), Umair and Omran Al Owais check into ZRT Motorsport Headquarters (aka Hotel HC Catalan). It was agreed that the team would leave the hotel at 08:45 to be at the circuit by 9am to meet the team. 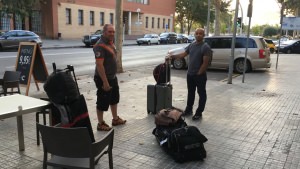 Ian, Umair and Omran head to the circuit early. Ian starts helping set-up the garage (Umair, Ian’s 1st question was “does the team have a pit perch? If so we should claim our space on the pit wall”) with Umair and Omran confirming the days testing schedule. 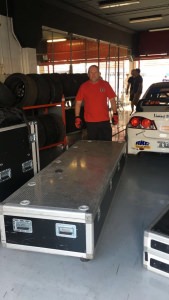 Richard arrives in Barcelona at ~ midday, checks into team headquarters and heads up to the circuit. The drivers sign-on for the event and the afternoon private test session. Umair and Omran drove the car to get a feel for how the car handles and for Omran to learn the circuit. 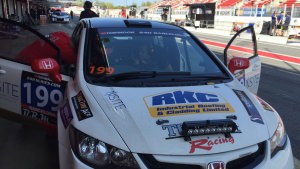 Jonathan and his family arrive in the evening.

1st order of the day was to have the car technically inspected and cleared for the race. Other than having to change the drivers seat, the car passed 1st time. 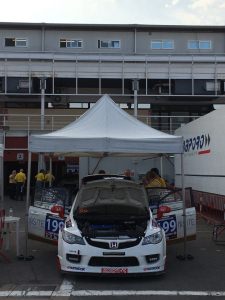 Ian and Richard were allocated / volunteered to be the teams refuelers for the event and arranged their safety equipment (race suit, balaclava, glove and goggles). 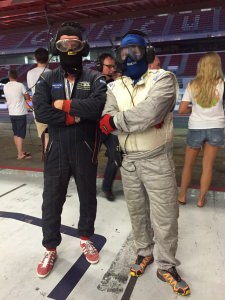 After signing on and having their safety equipment, the drivers attended the drivers briefing. 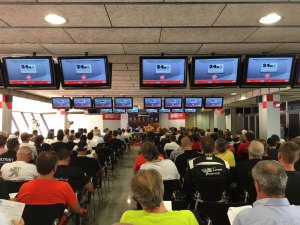 Practice, qualifying and night practice. The drivers complete their minimum laps and report no major issues. The hotter than expected weather caused increased track temperatures (50oC+) which resulted in higher than desired tyre pressures and the resulting decrease in tyre longevity and the tyres not lasting as long as hoped, even with the hard compound tyre (same comments from practically every team at the event).

The teams other car was running to hot so Ian helped lead the fabrication of some additional radiator ducting using CAD (Cardboard Aided Design). Clearly some of Richard B’s and Phil’s fabrication skills had rubbed off onto Ian (Richard B, Ian is still banned from the garage…). 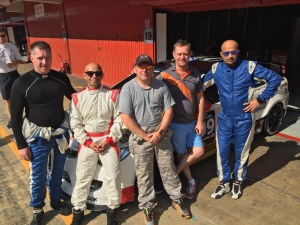 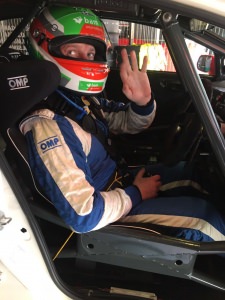 11:15 and Jonathan rolls out of pit lane and onto the grid, where the rest of the team joined him. 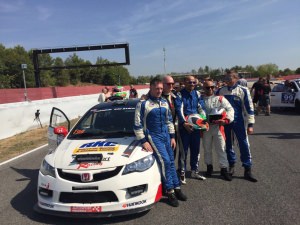 Jonathan took the 1st stint of the race and settled into running consistent lap times without stressing the car. 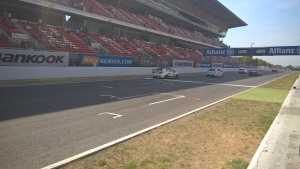 After 25 minutes he reported that the clutch pedal had gone to the floor. Bringing the car back to the pits, a failed sealing ring in the clutch master cylinder was identified. After a 20 minute repair, Jonathan was back in the race. 2 laps later however, and Jonathan reported the same problem. 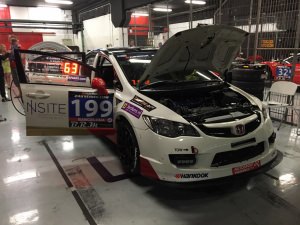 The team again removed and stripped the clutch master cylinder and carried out a second repair. With the unit re-installed, Omran was installed and he headed out onto the track. No major dramas just a couple of short Code 60 (all cars drive at 60 kph) periods and a tap on left rear wheel towards the end of his stint.

No damage was caused and so Umair took over for stint number 3. After a Code 60, Umair reported that the car was struggling to accelerate. Umair was requested to head to the refueling area (the team were confident that there was fuel in the tank) where the team were not able to put a significant quantity of fuel in the fuel tank. Investigations led to the conclusion that the fuel tank was vapour locking. A quick couple of mods to the fuel filler line and the car was sent back out on track.

A strategic call was made that from this point forward in the race the team would pit for fuel and driver change as soon as a driver reported an acceleration problem, rather than try and run the drivers stint to the 2hr maximum. 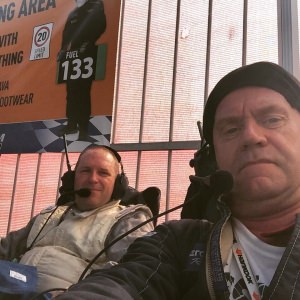 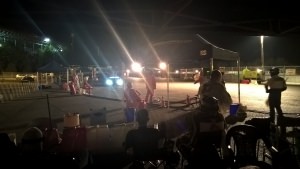 During Umair’s night stint (~01:30) he reported high water temperatures, which upon investigation in the pits were being caused by a damaged radiator, which was thus changed.

Just as dawn was breaking and Willie setting some consistent fast lap times, he reported over the radio that he had no drive. With the car returned to the pits on a flat bed, a broken drive shaft was found and replaced. 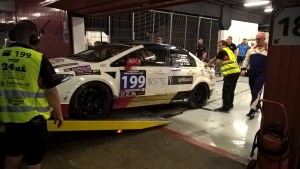 Hot tyres + having to stop the car on the grass = tyres like this. 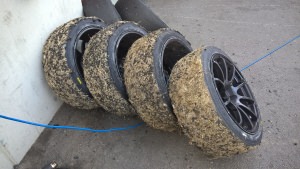 Jonathan was installed in the newly repaired car and was doing his usual job of setting ultra-consistent lap times when he reported drive problems (~08:30). He limped the car back to the pits where the diagnosis was a broken clutch. Based upon the time left in the race and the time it would take to change the clutch, the team took a collective decision to retire from the race.

Despite not finishing the race, Jonathan and Umair managed to get significant seat time and are able to compare the handling of another Honda class A2 car with the teams own car and identify the relative strengths and weaknesses and determine where the teams car needs to be improved.

Throughout the event, Ian kept the circuit and Radio LeMans listeners updated with the car and its issues… 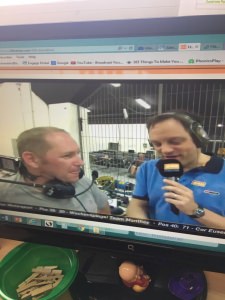 Jonatham, Umair, Richard and Ian would like to thank all at RKC/TGM for their hard work, support, catering and for making them feel welcome. 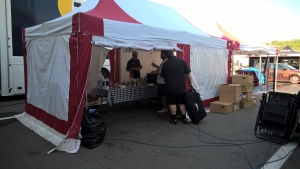 Don’t think that we hadn’t forgotten…… 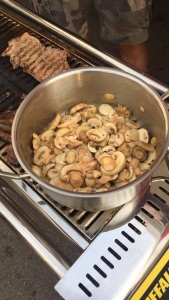