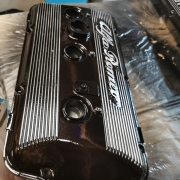 So last time out Luka determined that the pistons, liners and valve guides were all in perfect condition. So why then was the gtv6 blowing plumes of smoke out the exhaust? Well, lets first list the parts that have been replaced so far. Its worth mentioning that so far 95% of parts have been sourced from EBSpares (UK) and 5% from Highwood Alfa (UK) The ordering process with both companies has been excellent. All prices are ex. VAT and shipping:

Christmas hamper for anyone who has ever embarked on a project car looks like this regardless of the contents: 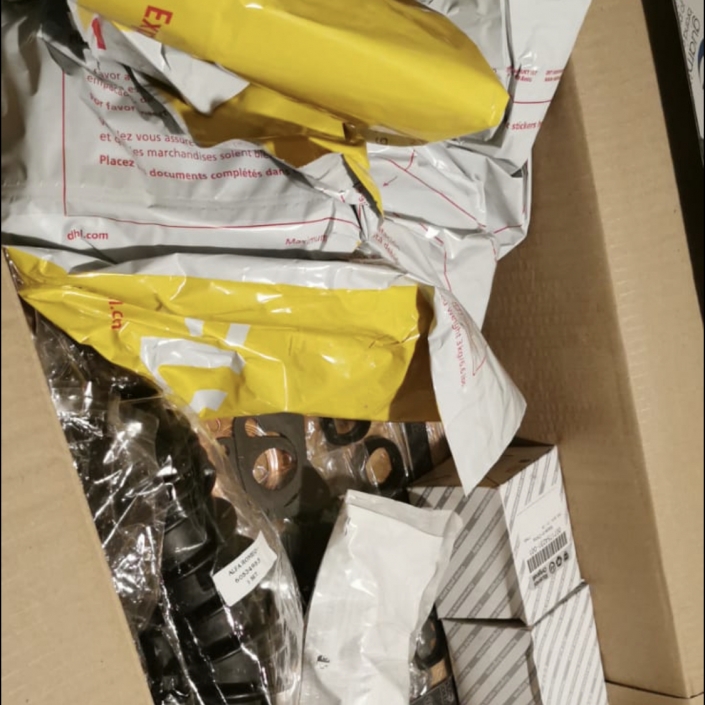 Luka embarked on a minor top end rebuild since everything was in pretty good shape. He did however identify that the main intake rubber hose was badly cracked which was resulting in over fuelling and could well have been a contributor towards the sooty exhaust. Plugs were oiled up and the engine was generally running rough. 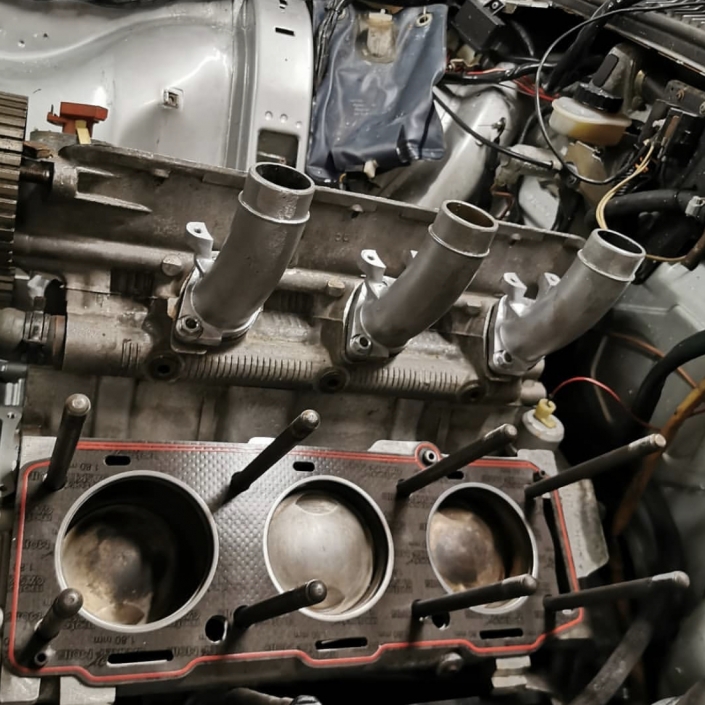 So, new gaskets and seals were all installed. Valve guides were all fine so whilst the parts were purchased; they weren’t actually installed. Luka faced a number of challenges with the car. The engine was sitting off-centre by 30mm for some reason and the exhaust centre section didn’t mount up to the front downpipes for some reason. Luka proceeded to rebuild the top end and overhaul parts as he went along. We decided that a black & silver look would compliment the car so thats what he did. 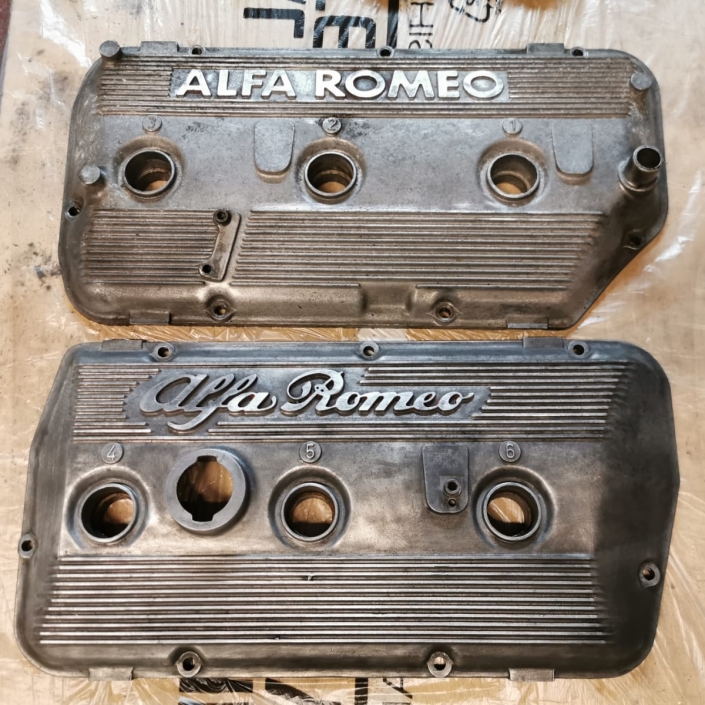 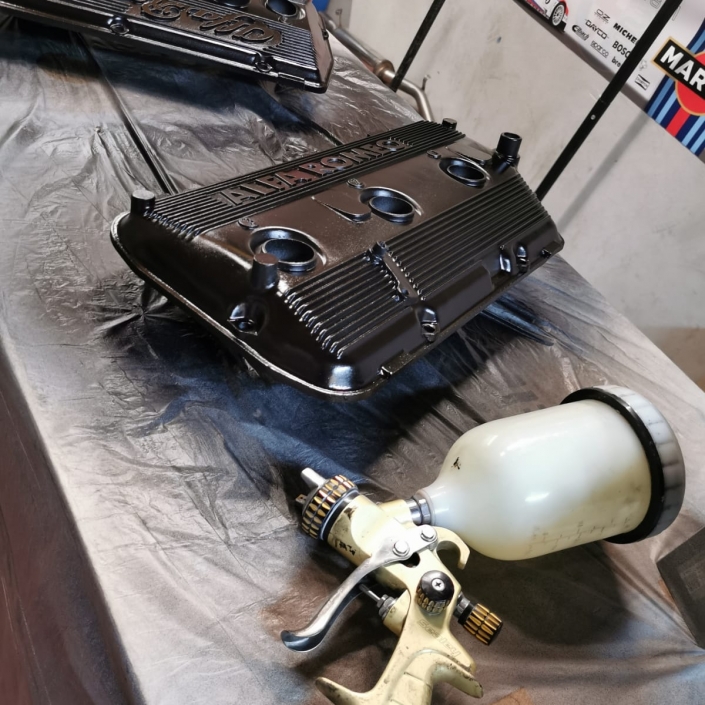 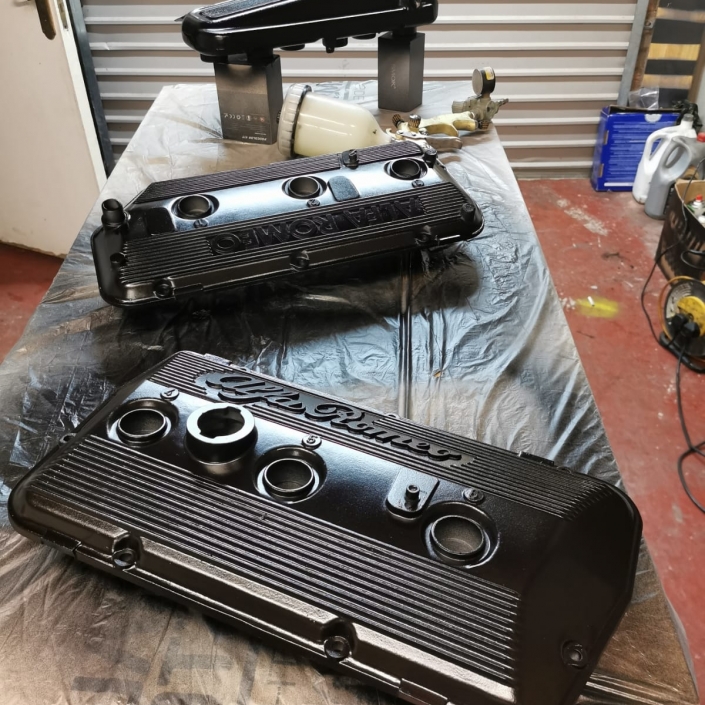 For those with a keen eye you will notice that the Alfa Romeo script on both engine covers are different. This confused me also! So much so that i even asked the previous owner did he know why? He replied saying he was sure he sold the car with the original plain Alfa covers which in turn got me thinking even more… so eventually I remembered around 2008-09 i had two gtv6’s. The other was a project which I had transplanted a 3.0 engine into along with a 75 twinspark gearbox, pas and isostatic linkage. Now for some reason i had decided to swap the covers over as I thought the script looked better… i may have changed one at a time and not noticed they were different… until now! 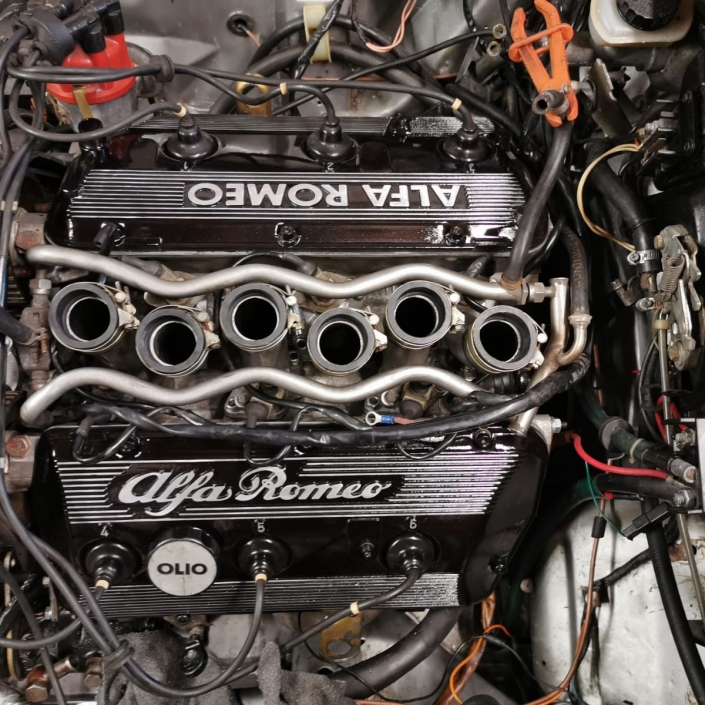 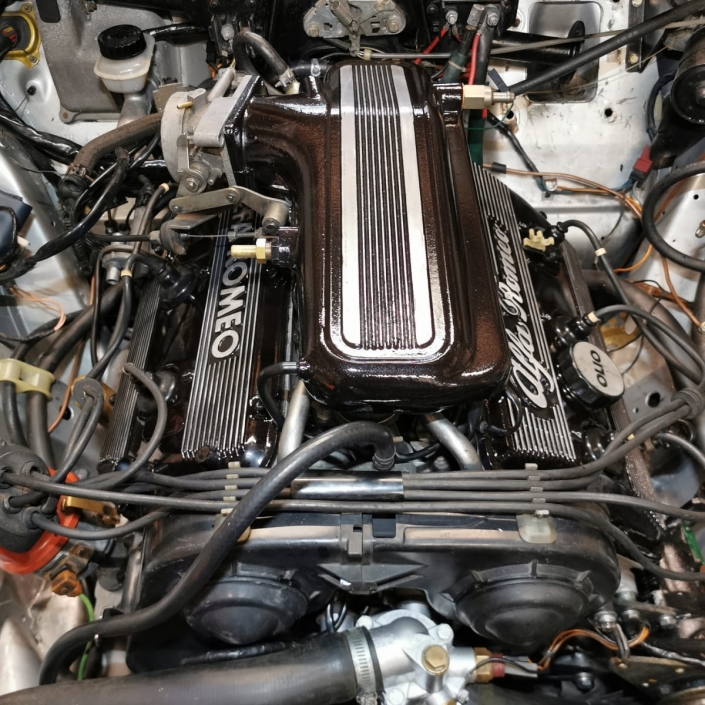 To be honest i’m ok with it. Its part of the story why the car is where it is and every Alfa is unique so now its a little bit more unique!

I think a re-cap on work completed thus far might be good at this stage:

Well not a lot as it happens….
Remove, clean and new gasket to sump
Fit up new exhaust
Bleed braking system

With all that at this juncture and in a typically Alfa’ism way… the gtv6 has now decided it doesn’t want to fire up at all!

Next up… new exhaust and a proper body wash and detailing after 12-years in a shed!