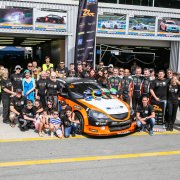 So as 2017 come to an end, we thought it worth reflecting on a year that has seen its fair share of highs, lows and sadness. So, grab a drink, settle down in a comfy chair, put your feet up and let’s review ZRT Motorsport 2017: A Year of Reflections.

January saw the team complete its most ambitious undertaking to date, the completion of Rhonda 2.0 from a bare shell to a track breathing, VTEC monster. This project could not have been completed without the support of the team members (and their families), team sponsors, Saluki Motorsport, A-Tech, Special Projects Motor Sports, TGMsport and Motorsport Wheels.

The Dubai 24hr event saw mixed emotions as 2 cracked exhausts, 1 broken steering arm and a fuse in ECU restricted the teams overall finishing position. However, the car was fast and took the chequered flag after 437 laps, 2,359km and 24Hrs of racing, which was a first for the team (yes there was more than a few tears of happiness shed). 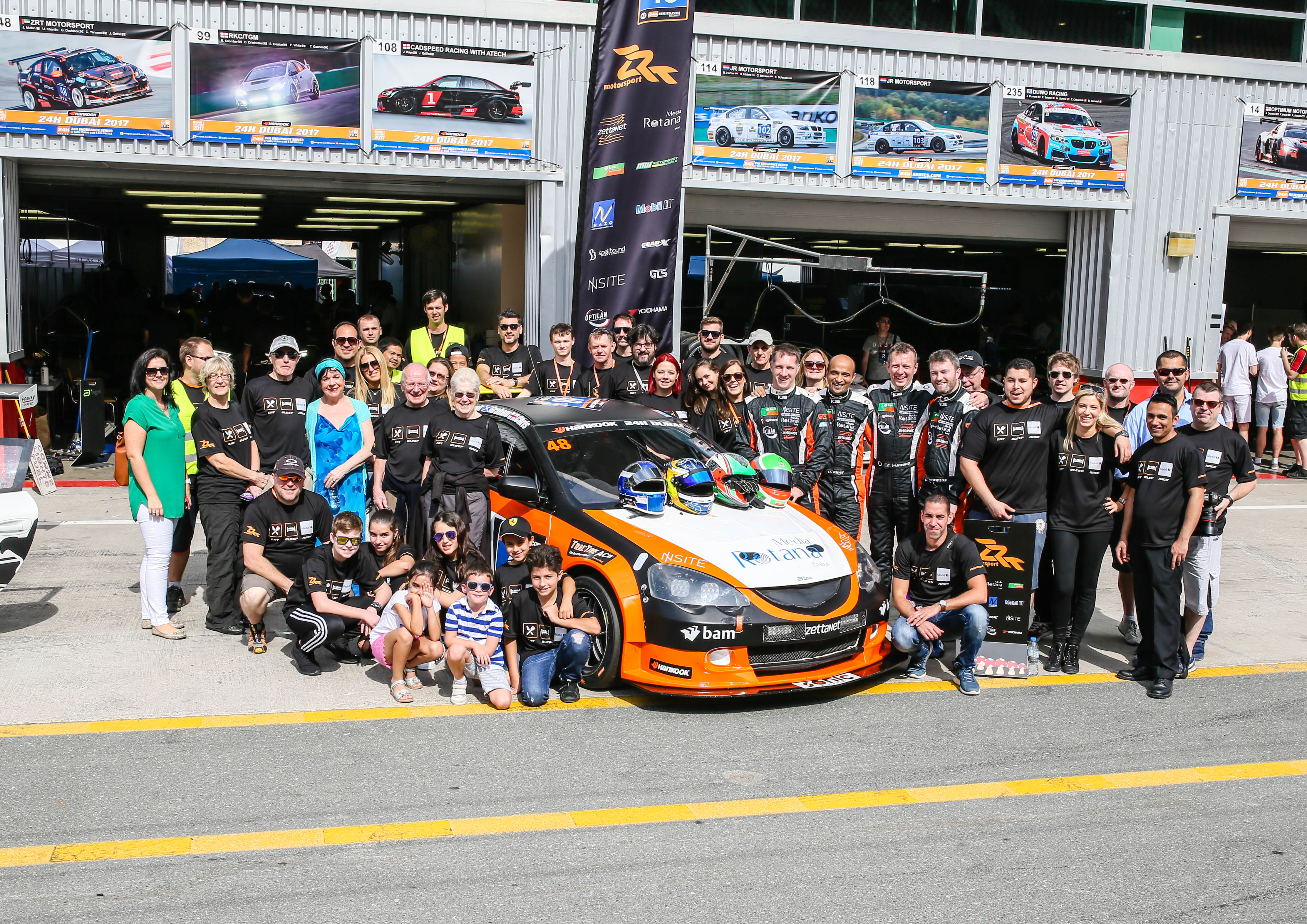 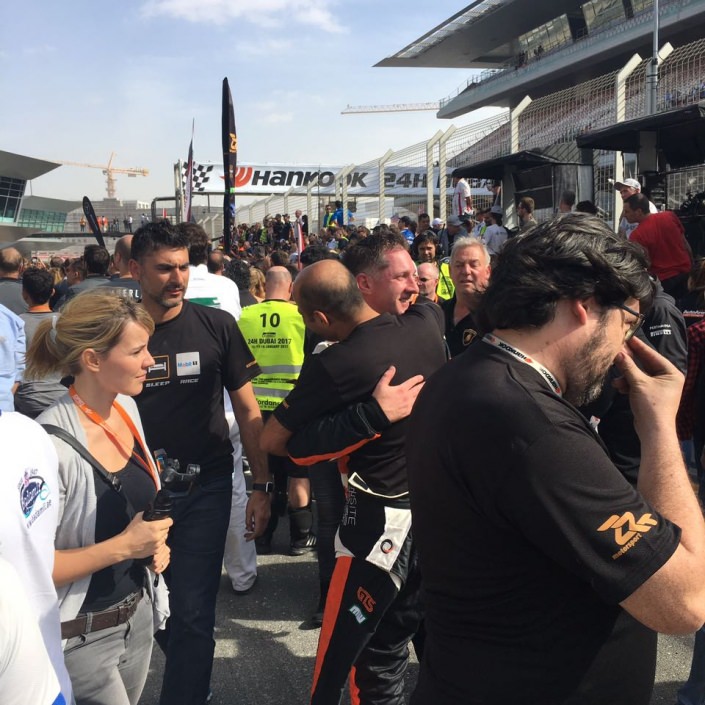 After many years of courtship, Umair and Dom finally got married (the team were on the verge of taking bets on which would come first, a class victory in the Dubai 24hr or their wedding…..). Of course, the team celebrated in the traditional fashion at the next race day…. 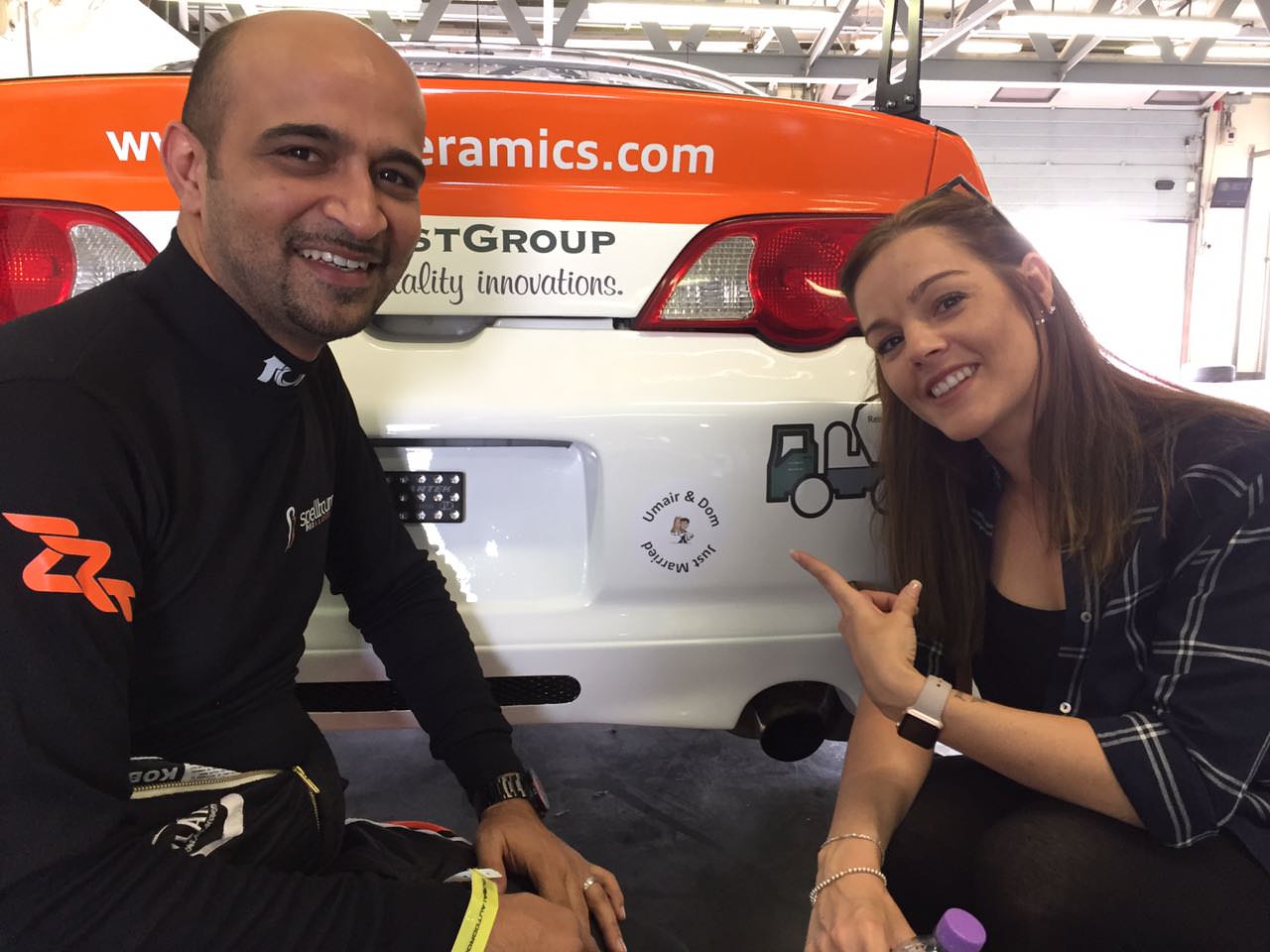 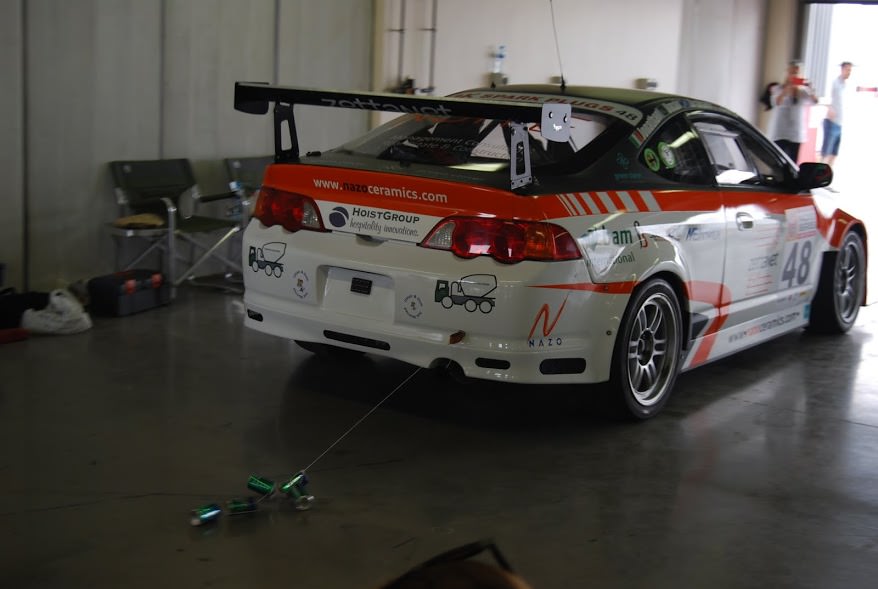 March saw the team compete in the 3hr mini enduro at the Dubai Autodrome. The issues encountered at the Dubai 24hr had been resolved and despite the heat, the odd rain shower and Jonathan carrying a knee injury, the car was fast and more importantly reliable. The team finished the race in 2nd place overall (1st place went to a Lamborghini Super Trofeo) and 1st place in class. 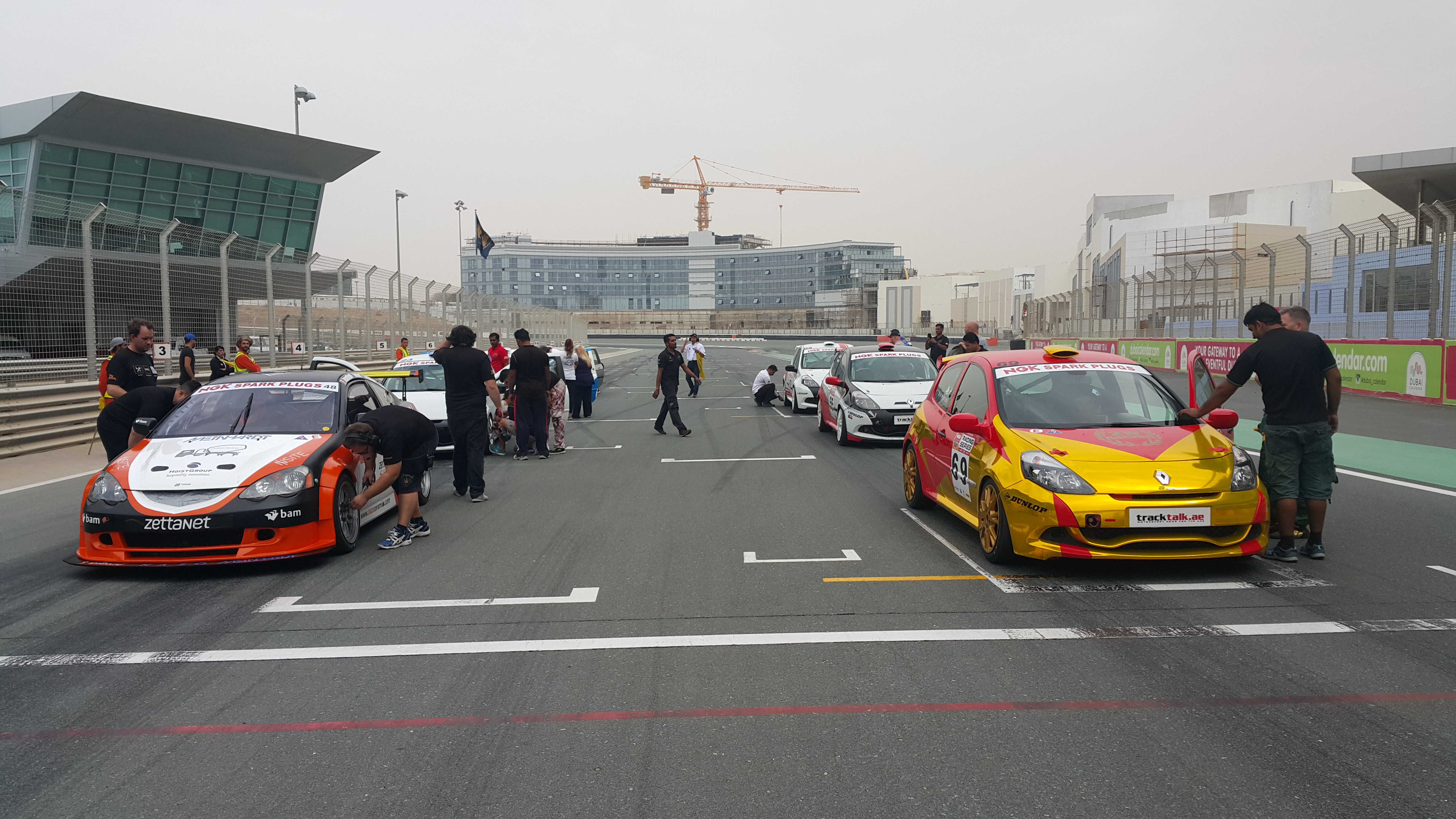 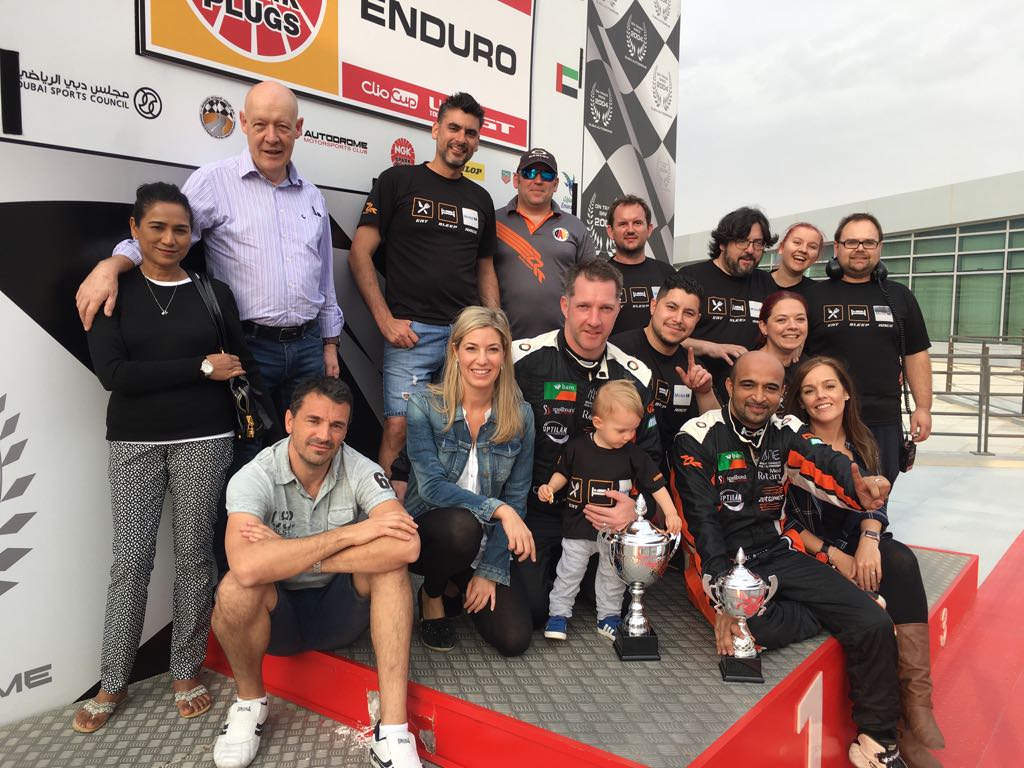 After much discussion, it was decided that the team wouldn’t enter the 2018 Dubai 24hr race (Accident risks becoming higher year by year) but return to their roots and enter the UAE Touring Car Championship (UAETCC), which ironically changed their format to a 20-minute sprint race and a 1-hour endurance race for round 2 onwards.

Jonathan and Umair would be sharing the driving with the usual suspects (Ian, Richard T, Sander etc) helping out.

Round 1 of the UAETCC was held at Yas Marina and despite a car that was handling worse than a shopping trolley, Jonathan & Umair won both races. The highlight of the event was the team finally realising that Ian does actual detest mushrooms (after they bought him a lovely juicy chicken burger with EXTRA mushrooms…..). Ian would like to point out at this juncture, that he had been saying that he detested mushrooms for the best part of 3 years. Who knew! J 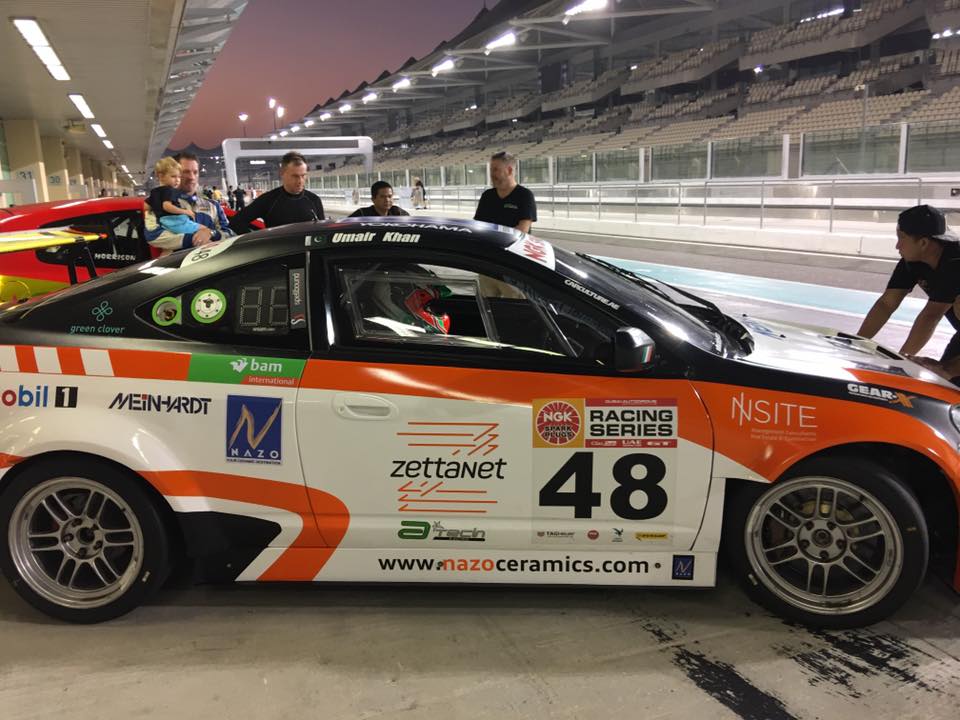 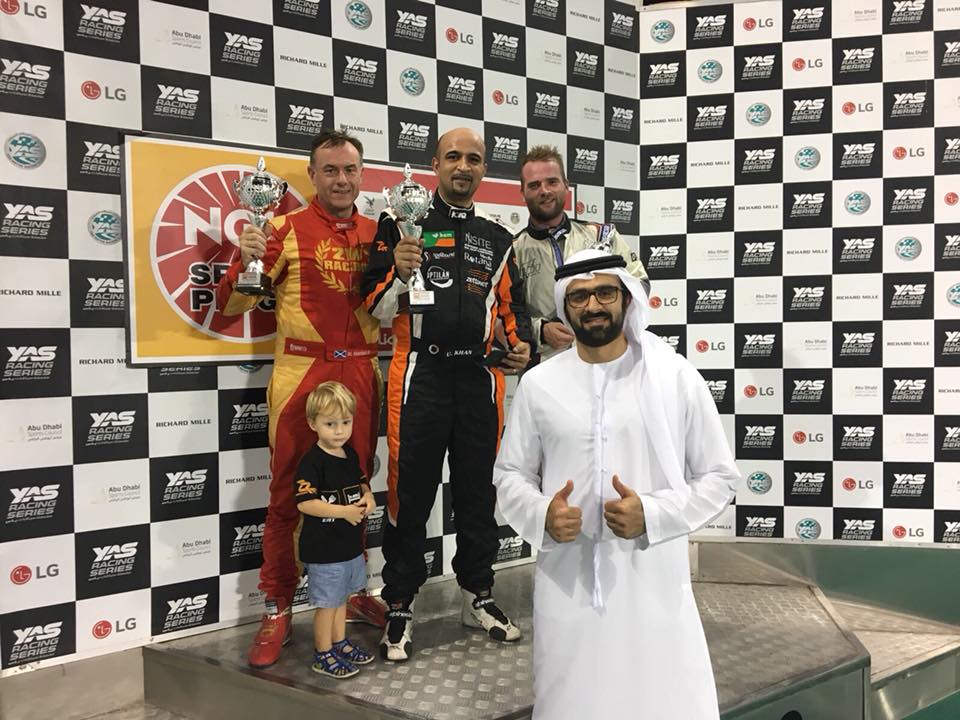 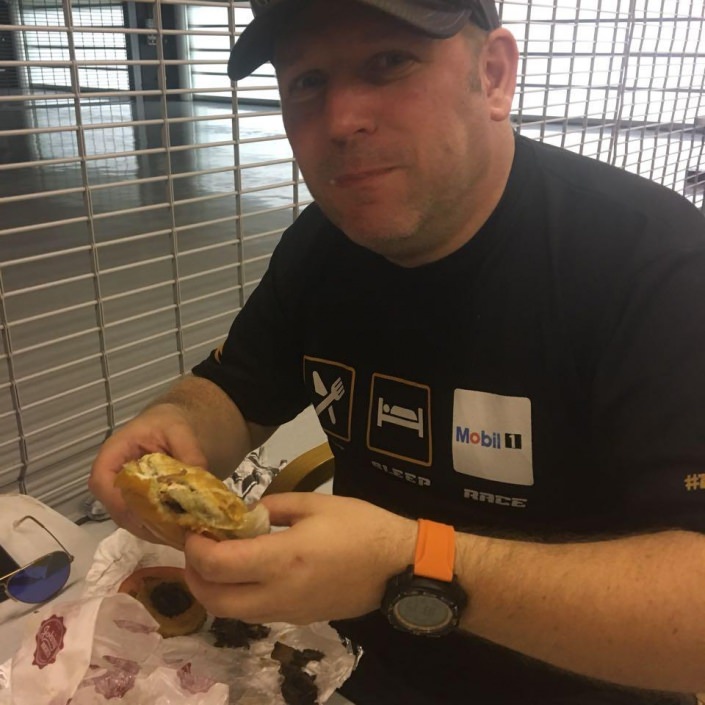 UAETCC Round 2 saw the championship move to the Dubai Autodrome for the new format 20-minute sprint and 1-hour enduro format. For the event it was agreed that Umair would race in the 20minute sprint race (which he won his class), Jonathan would drive the 1st 40 minutes of the enduro, with Umair then driving the last 20 minutes. As a result of being pushed off the track by a couple of BMW cars, the team finished 2nd in class but crucially ahead on the team main competitor (and great friend) Willie Morrison again collecting full points for the Championship. 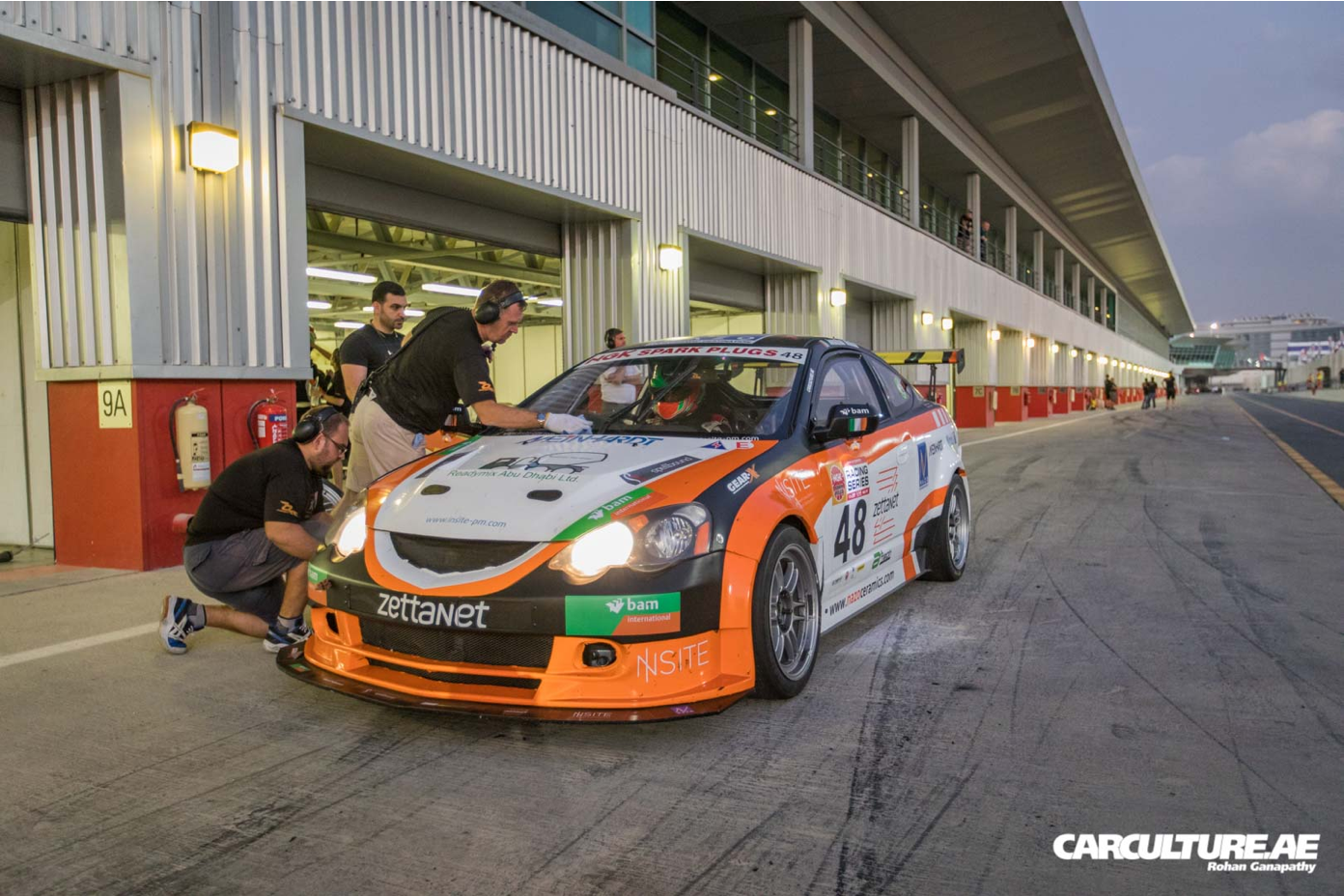 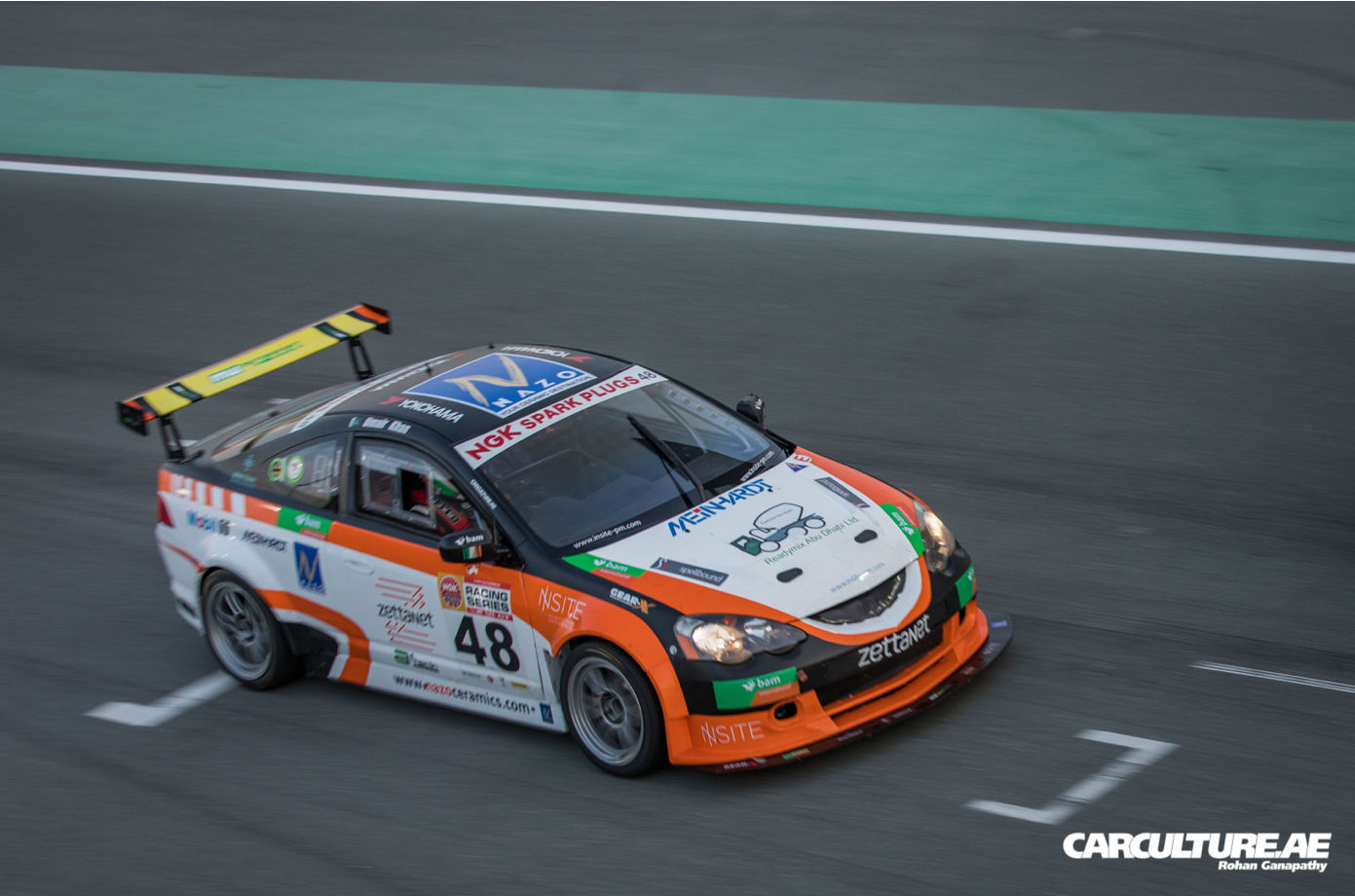 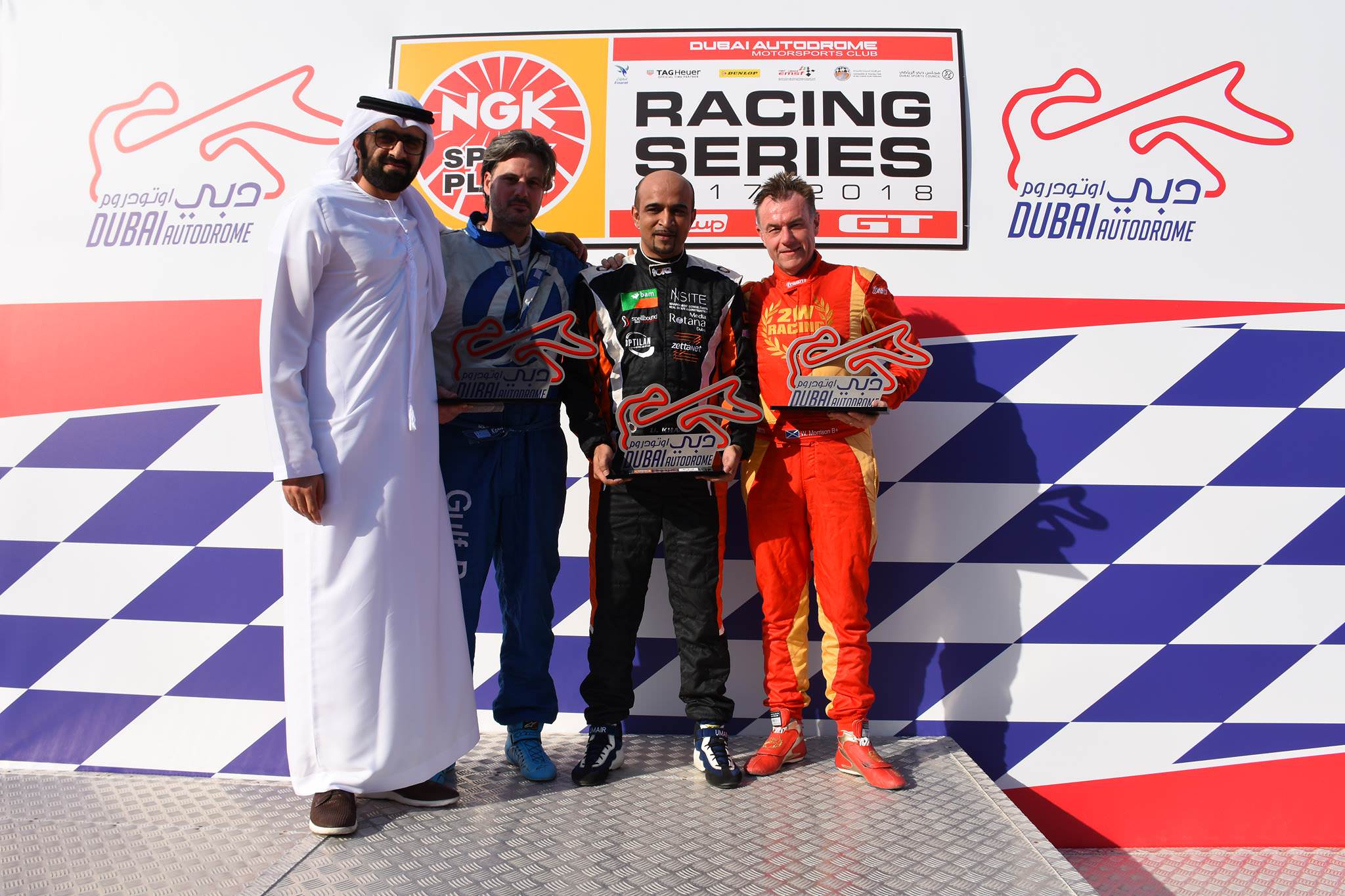 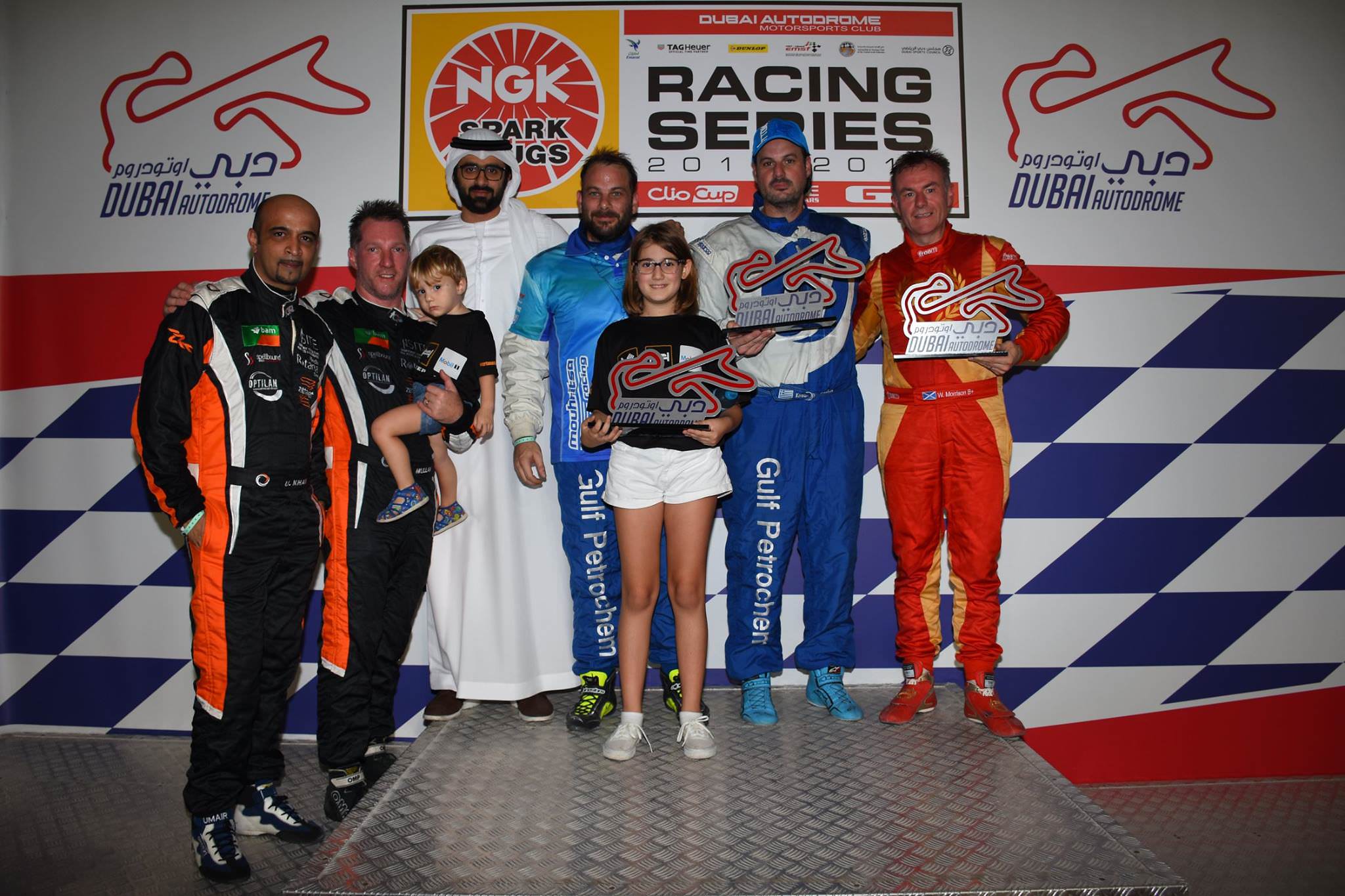 With no UAETCC round in December, the 2017 ends with the team leading the team championship by 8-points over Willie Morrison. 4-races down and 6-races to go in 2018.

Sadly, the year ends on a very sad note. A long-standing supporter of the team and co-founder of www.GulfPetrolHeads.com (which most of the team are forum members of and they met), Neil “Biggles” Greer sadly passed away. Neil was a real motoring enthusiast, a past racer, built a Caterham and Mk1 Escort in his garage, rode motorbikes and most recently developed a real passion for cycling. Neil donated the team his wheel dollies.

Everybody in the team thanks Neil for everything he has done for the motorsport and automotive community in Dubai and we are sure he is looking down on us with a big smile. 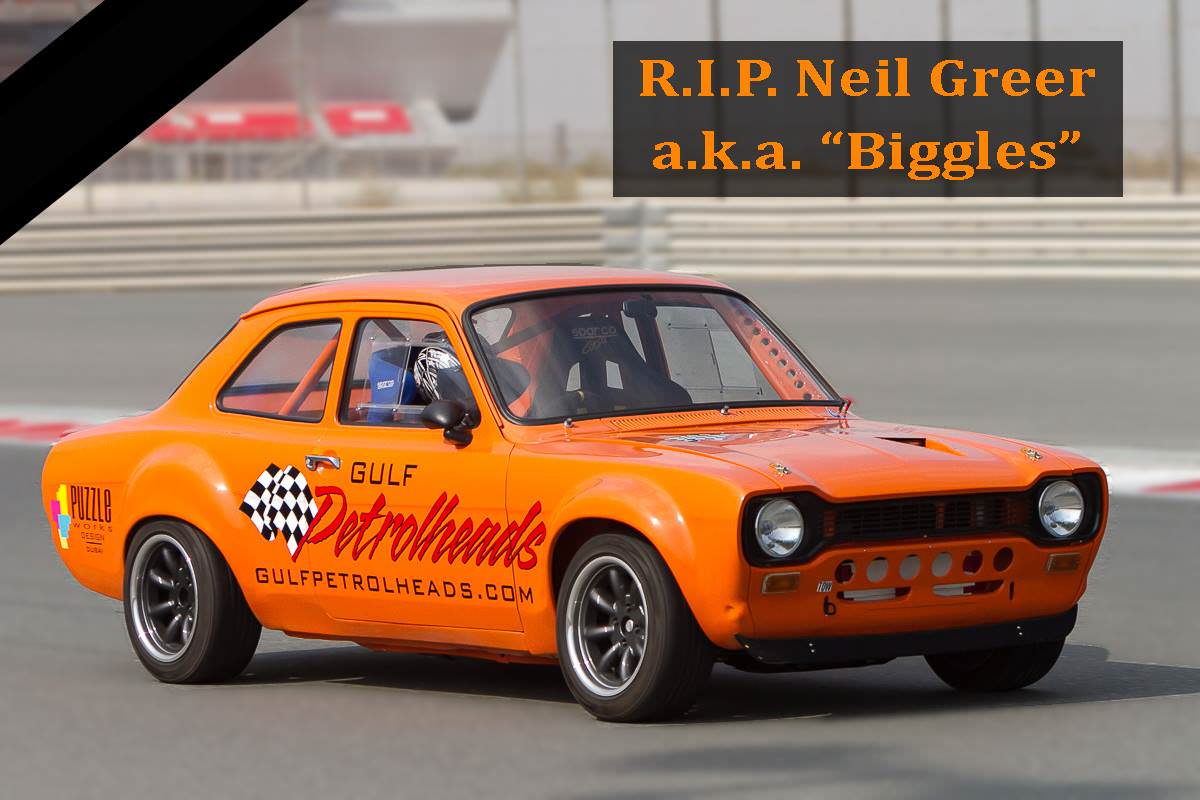 Pictures thanks to team members, carculture.ae and Tim Ansell for the picture of Neil in his car.