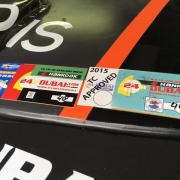 Richard, Luke and Ian agreed to meet at DAS at 8.00am to load the spares and equipment onto a truck, then head to Richards house and pick up the tools (the team again wishes to thank Richard for the loan of part of his extensive tool collection and finally head to the circuit to set-up the garage. 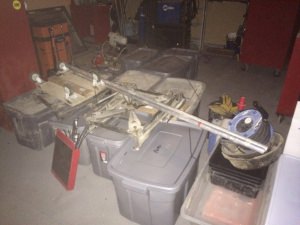 Whilst Richard and Luke were loading Richards tools, Ian proceeded to the circuit to sign the team into the event and collect the various team and vehicle passes. At the same time, Sander was bringing the car up to the circuit.

By now access to the back of the garage was blocked by other teams so Ian, Jason and Sander had to persuade the security guard to let them push the car through the refuelling station (which was closed) and up the pit lane into the garage.

Everybody then mucked in to help unload the truck with the spares and tools and to help Richard organise and set-up the garage. 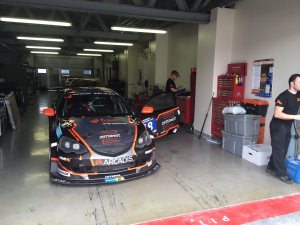 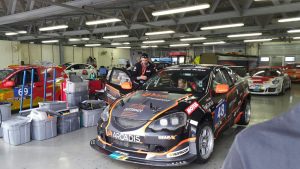 The first task was to set-up Ian’s mobile home for the weekend, aka the pit perch (Richard says it keeps him out of the garage). 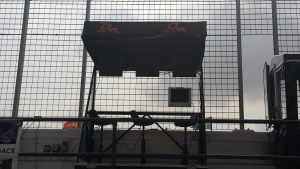 A final once over the car revealed the team were missing a couple of stickers which were collected from the event administration. With that done, the team (with Luke driving) pushed the car up the pit lane for scrutineering where the car was weighed, lights tested, driver ID checked and that the seat belts, seat and fuel tank were all in date. The car sailed through scrutineering without any issues (not surprising given the diligent work done by the team). 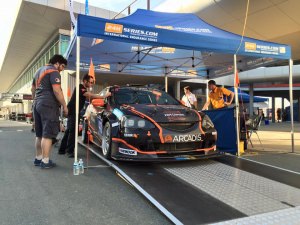 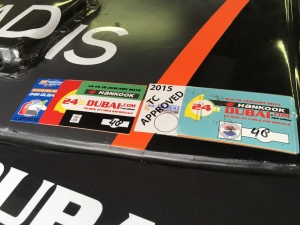 With all completed, the team left the circuit to get a good nights sleep as there would be a significant lack of that Thursday and Friday night.