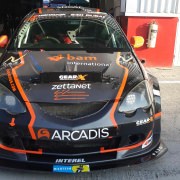 There were two main objectives for the day, objective 1 being to have all of the drivers sign on and their race equipment approved (which would then complete all of the administrative tasks and the team receiving their final event clearance pass for the car) and for Tim to learn / Graham to re-familiarise himself the circuit though driving around the circuit during the taxi laps. The team thought it would be a good idea if all of the mechanics also rode along so Ian’s trusty 7 seat Pajero was called into action. The designated speed limit was 60 kph (some drivers interpreted as that as long as there was a 60 in the speed they were ok!). So guess what greeted the team during these laps? Yes rain!

The rain reinforced the teams decision not to test on the day as the track varied between wet / damp / dry all day long and thus not a great deal would be learnt / data gathered. Sadly, some teams sustained damage and thus were in for a long night. 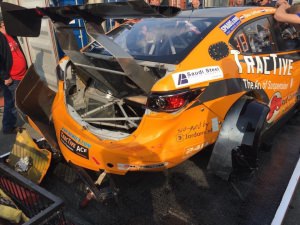 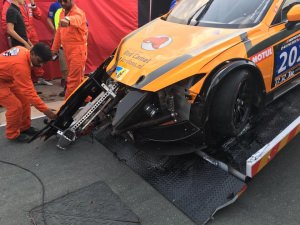 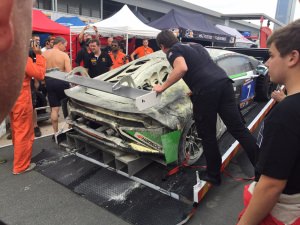 Of course there was still time for Ian to be interviewed by Radio LeMans. 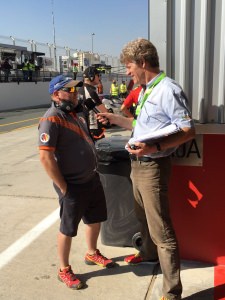 So in the immortal words of the LA Guns, the team “Had Nothing Better To Do” and so they left late afternoon.